a breakthrough in revealing the origin of life 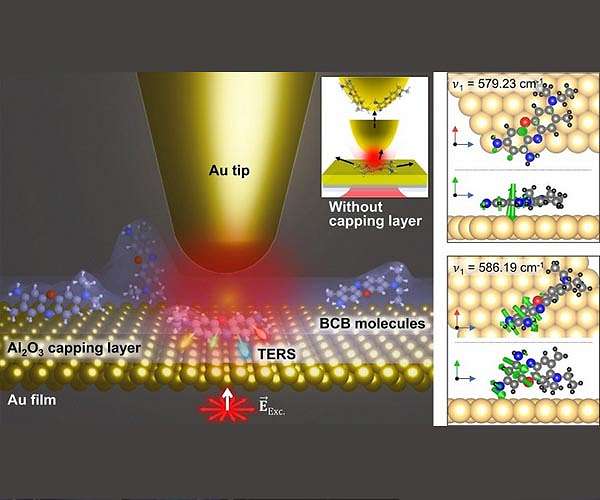 The long-held dream of chemists to observe the structural dynamics of a single molecule have been now made possible. Single molecules sized about 1 nanometer (nm, 1 billionth of a meter) exist in a volatile state under ambient conditions. Considering that the Coronavirus, which is about 100 nm in size, spreads rapidly in the air shows how difficult it is to observe a single molecule. Recently, a Korean research team has discovered a reliable way to observe single molecules at room temperature by capping them with a thin insulating layer, like a blanket.

The research team led by Professor Kyoung-Duck Park and PhD candidate Mingu Kang (Department of Physics) at POSTECH, in collaboration with Professor Yung Doug Suh (Department of Chemistry) at Ulsan National Institute of Science and Technology (UNIST), has successfully probed the conformation (arrangement of the atoms in a molecule) of individual single-molecules at room temperature for the first time, providing a closer look at the structural dynamics of a single molecule, which is the basic unit of all matters including humans.

In-depth analysis using Raman scattering signals, known as the molecular “fingerprint”, is difficult for the molecules exposed to air due to the continuous chemical reactions and molecular motions.

Extremely low temperature (below -200C) and vacuum conditions have been widely used for the single-molecule studies to prevent the aforementioned issues, yet the configurations have many limitations in terms of technical difficulties and environmental conditions.

To overcome this, the research team placed a single molecule on a substrate coated with a thin film of gold and covered it with a very thin layer of aluminum oxide (Al2O3) and tightly bound it. The molecule trapped between the gold and aluminum oxide layers is isolated from its surroundings, which lead to suppressed chemical reactions and molecular motions.

The immobilized molecule is then observed through the ultrasensitive tip-enhanced nanoscopy developed by the research team. Using the method allows for the precise detection of weak optical signals of a single molecule, owing to the optical antenna effect of the sharp metal tip.

Through this, the resolution limit of a general optical microscopy (approximately 500 nm) was overcome to clearly distinguish the conformational heterogeneity of 1 nm-sized single-molecules and verify whether they are vertically standing or horizontally laying.

Mingu Kang of POSTECH mentioned, “Whilst the James Webb Space Telescope can observe the farthest point of the observable universe to reveal the universe’s origin, our nanoscopy for single-molecules observes the smallest unit to reveal the origin of life.”

The work can reveal the molecular conformation of proteins and DNA with a nanometer-level resolution, which leads to the identification of the cause of incurable diseases and the development of treatments for such conditions. Additionally, covering a sample with a thin layer can be easily applied at room temperature or even higher temperatures for single-molecule studies and their applications because of its straightforward process.

Research Report:Conformational heterogeneity of molecules physisorbed on a gold surface at room temperature

Pohang University of Science and Technology 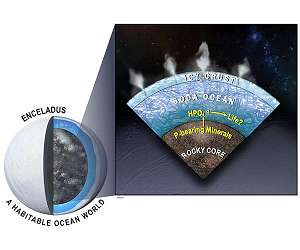 
The search for extraterrestrial life just got more interesting as a team of scientists including Southwest Research Institute’s Dr. Christopher Glein has discovered new evidence for a key building block for life in the subsurface ocean of Saturn’s moon Enceladus. New modeling indicates that Enceladus’s ocean should be relatively rich in dissolved phosphorus, an essential ingredient for life.

“Enceladus is one of the prime targets in humanity’s search for life in our solar system,” said Glein, a le … read more