AI-equipped drones study dolphins on the edge of extinction 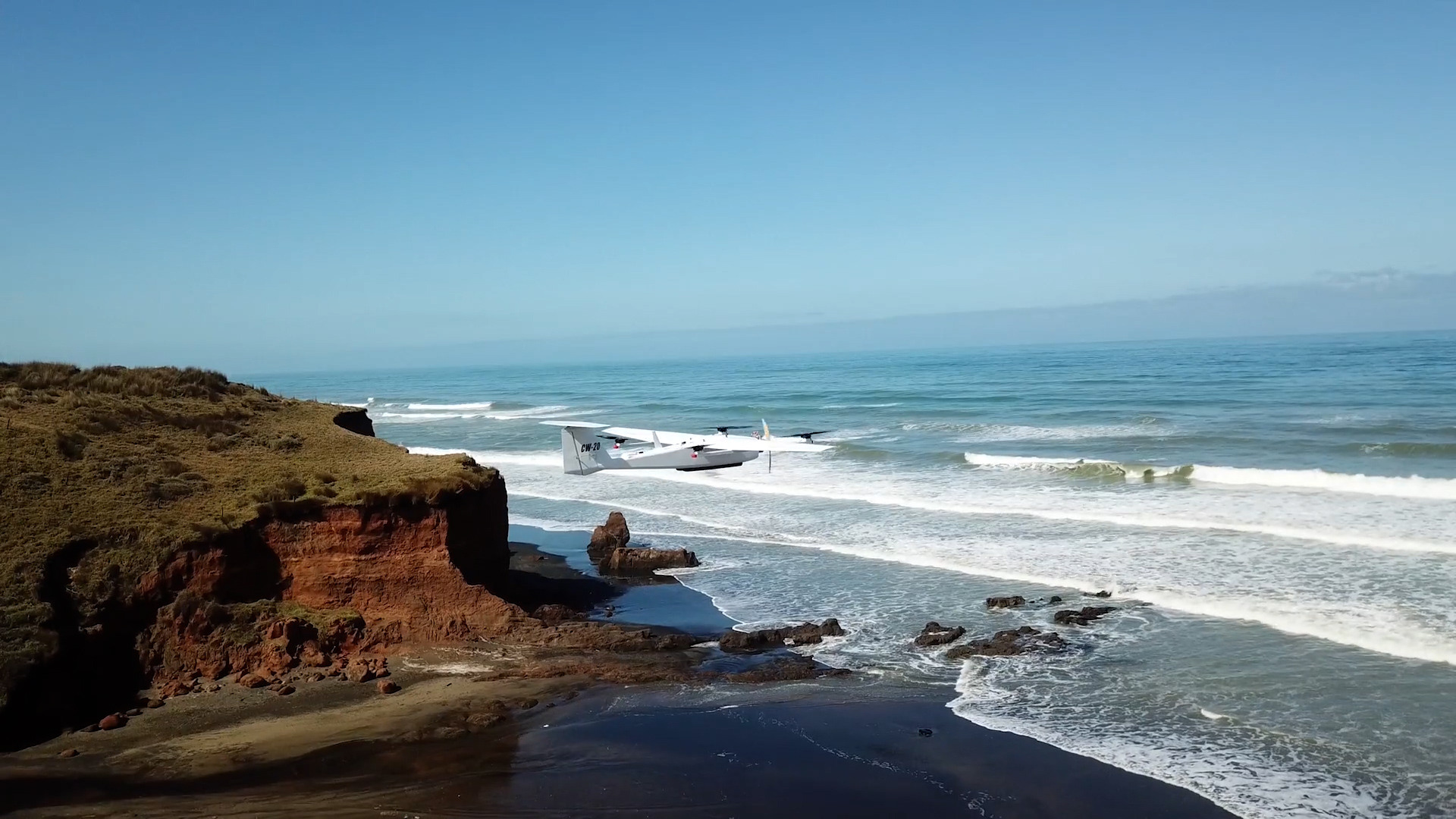 Small in size and with distinctive, rounded dorsal fin, Māui dolphins are one of the rarest and most threatened dolphins in the sea, with a known population of just 54. Decades of fishing practices, such as gillnetting off the west coast of New Zealand in the South Pacific have pushed this sub-species to near extinction.

Now scientists and conservationists are using a combination of drones, AI and cloud technologies to learn more about these rare marine mammals. They say the solution can also be applied to study other species fighting for survival in the world’s oceans.

The effort is part of a growing trend toward using AI and other technologies to more effectively collect and analyze data for environmental conservation. For example, Microsoft AI for Earth’s partner, Conservation Metrics, combines machine learning, remote sensing and scientific expertise to increase the scale and effectiveness of wildlife surveys. NatureServe, another partner organization, leverages Esri ArcGIS tools and Microsoft cloud computing to generate high-resolution habitat maps for imperiled species.

The scientists and conservationists with the not-for-profit group MAUI63 are using AI and other tools to support the conservation of the Māui dolphins, named after the Polynesian demigod, Māui.

Māui dolphins play an important part of the ecological and spiritual fabric of Aotearoa — the Māori name for New Zealand. They inhabit the waters off the west coast of the country’s North Island — also known as Te Ika-a-Māui, which translates to “the Fish of Māui.”

Weighing 50 kilograms and measuring up to 1.7 meters when fully grown, Māui dolphins are one of the smallest members of the marine dolphin family and among the most elusive. They have white, grey and black markings and black rounded dorsal fins. Unlike human facial features, the markings don’t vary between animals, meaning individuals can’t be identified with the naked eye. Conventional ways of monitoring and studying these fast-moving animals at sea have proved problematic and costly. Researchers admit relatively little is known about their behavior, particularly in winter when weather conditions deteriorate.

Now, MAUI63 believes it has a solution: an AI-powered drone that can efficiently find, track and identify dolphins. The aim of their work, according to co-founder and marine biologist, Professor Rochelle Constantine, is to “give certainty to our uncertainty.”

“Currently everything we know about them is from summer. We know virtually nothing about them in winter,” she says.

Constantine, together with technology and innovation specialist Tane van der Boon and drone enthusiast Willy Wang, formed MAUI63 in 2018. At the time, the Māui dolphin population was estimated at 63 individuals. That figure has since dropped to 54.

Over drinks at a pub, Van der Boon, who is the group’s CEO, and Wang came up with the idea of leveraging drones, machine learning and cloud computing to study the dolphins. “I was getting interested in computer learning — I really saw how teaching computers to see is quite an amazing thing. All the things that we could start to solve and do really intrigued me,” he says.

The Māui dolphins’ rounded fins differ from the more pointed-shaped fins of other dolphins. That meant existing computer vision models were not fit for identifying Māui dolphins. So, van der Boon spent “a couple of months of nights and weekends” teaching himself how to build a model. He then painstakingly tagged Māui dolphin images from internet footage to train it to identify them.

It was the first challenge of many. Four years of development, testing and fundraising followed. The team also had to gain specialist qualifications to fly their 4.5 meter-wingspan drone out to sea. They spotted their first Māui dolphins earlier this year.

“It was pretty exciting. We were sitting in the van, the drone was 16 kilometers down the coast, and we could see the AI detecting dolphins as we were doing circles around them,” van der Boon says.

Development has been helped along by funding under New Zealand’s Cloud and AI Country plan, which includes funding for projects with sustainable societal impact, as well as support from Microsoft Philanthropies ANZ. The solution combines an 8K ultra high-definition still camera and a full HD gimbal camera with an object detection model for spotting dolphins, and an open-source algorithm originally developed for facial recognition. Hosted on Microsoft Azure, it gathers data that will be used to identify individual animals by the shape and size of their dorsal fins and any scratches and marks on them.

MAUI63 is also developing an app called Sea Spotter, funded by Microsoft, which uses Azure Functions to allow people to upload photos of Māui sightings and use an AI algorithm to learn which individual they saw. Being able to pinpoint the Māui dolphin’s habitat is crucial for understanding how to protect them against threats, according to the conservationists.

Constantine says the risk of Māui dolphins being caught as bycatch in the nets of fishing boats is now “extremely low” thanks to a marine sanctuary that was put in place around their known habitat in 2008 and expanded in 2020. Nonetheless, they may stray outside these protected areas. That is why MAUI63 is working on an integration project with fishing companies to ultimately notify their crews of sightings made by the drone in real time.

Another threat is toxoplasmosis, a disease caused by a parasite that lives in cat feces. It enters the marine food chain through runoff from the land, causing stillbirths and death in marine mammals. “If you understand where dolphins are on a regular basis, you can start to look at the areas where toxoplasmosis might be entering the water and maybe something can be done about that,” says van der Boon.

MAUI63’s aim is to provide scientifically robust information to conservation decision-makers. “We’re just trying to collect the data and make it available to anyone who needs it. We’re not here to make decisions on how they should or shouldn’t be protected. That’s key to us because everyone has quite different views on it,” says van der Boon. At this stage, he says, it is far from certain that MAUI63’s work will help prevent extinction, but what everyone can agree on is that it is worth trying.

Māui dolphins hold a special significance for many indigenous Māori — they are considered to be kaitiaki (guardians) that helped guide the waka (canoes) of their ancestors when they first came to Aotearoa hundreds of years ago.

Environmental scientist Dr. Aroha Spinks says protecting them is essential to increasing the mauri, or life force, of the environment. “From a Māori point of view — which is also backed up by science — the health of the environment affects the health and wellbeing of the people,” she says.

MAUI63 plans to make its learnings and technology available to people working with other marine species, such as a potential project in Antarctica with the European Union Environmental Council. Constantine hopes the high-tech approach will be as game changing for other researchers as it has been for her. “It makes such a huge difference to my world and the conversations I can have, and the information we can give to governments and the public about how to make conservation decisions that really matter.”