COP15: What does conservation actually mean? 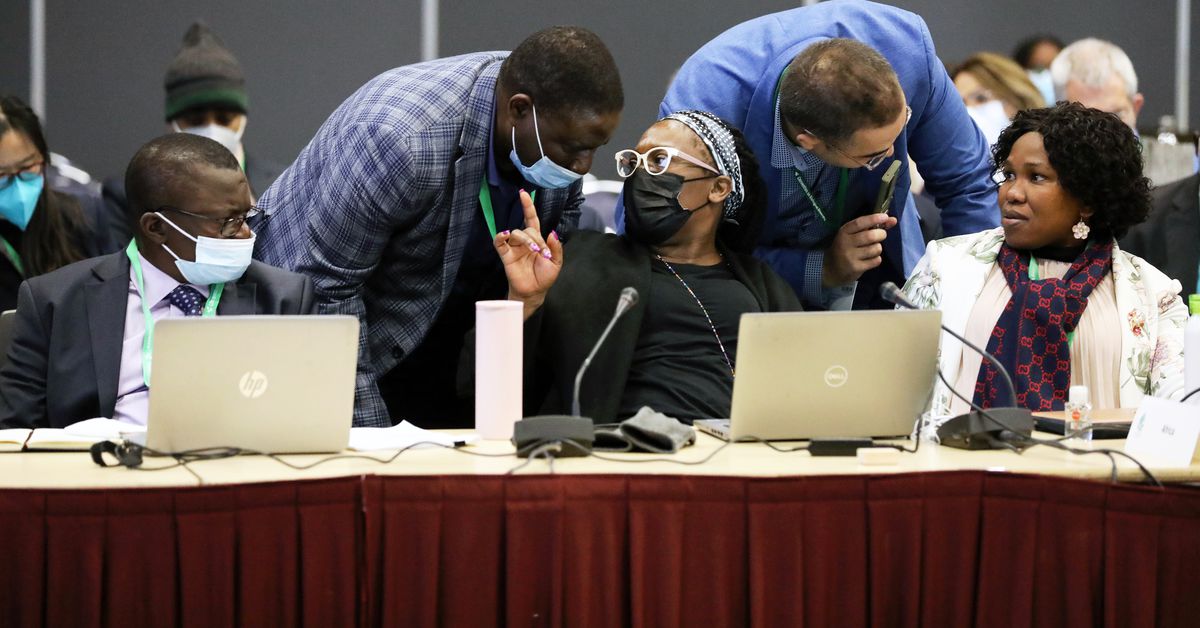 MONTREAL, Canada — Top officials from more than 190 countries are meeting this week and next to solve one of the world’s greatest and most consequential challenges: the rapid decline of wildlife and ecosystems. Saving them will protect the many benefits they provide, from cleaning the air and water to pollinating our crops.

At the meeting, known as COP15, delegates are expected to sign an important agreement called the Global Biodiversity Framework, which is like the Paris climate agreement but for nature. It includes more than 20 targets for countries to achieve within the decade, covering everything from pesticide use to farm subsidies.

While delegates have had years to prepare for COP15 — which some of them say is the most important biodiversity meeting, ever — there’s a lot they still don’t agree on. How much money will rich countries give to developing nations? Should governments phase out subsidies that harm the environment or redirect them toward activities that help restore ecosystems? Should this comma in the agreement text go here or there?

There’s even disagreement about something that forms the very basis of COP15 and the broader environmental movement: what the term “conservation” means.

To some environmental advocates, conservation means that a given area restricts most human activities to maintain some historic diversity of species. If a park in New York state, say, has 100 kinds of birds from one decade to the next, that might be considered conserved land. But to others — including some Indigenous groups — conservation is more about the process of stewarding the land and their spiritual relationship to it. Under this perspective, “conserved” often means that people are using the land’s resources and have a deep respect for them.

This debate matters today because a key part of the draft biodiversity framework is a goal to “conserve” at least 30 percent of all land and water on Earth by 2030 — a target known as 30 by 30. In the coming days, delegates are almost certain to sign it into law under a UN treaty called the Convention on Biological Diversity. But even then, questions will remain due to the ambiguity of the word: What will the law mean for Indigenous lands and other areas that fall outside of national parks?

As nations look to conserve 30 percent of their land, what counts?

The term conservation appears all over the biodiversity framework, but it carries the most weight in 30 by 30. That’s one of the highest-profile targets — and among the most controversial, partly because it’s not clear what will count toward 30 percent.

Most environmental advocates agree that formal protected areas, such as national parks, count toward any measurement of conserved lands, according to Brian O’Donnell, who leads the Campaign for Nature, an environmental group advocating for 30 by 30. These areas — usually recognized by national governments — tend to restrict human activities like mining or construction that might harm the plants and animals that live there.

There’s also another newer and somewhat confusing category of lands, known as OECMs, that advocates also agree should count toward the target. Short for “other effective area-based conservation measures,” these are areas that people use or live in, such as military bases, that have demonstrable benefits for wildlife or ecosystems. (Side note: There’s a frustrating amount of acronyms and vague technical terms in biodiversity policy, which is perhaps one reason why it can be challenging for delegates to agree on anything.)

Together, protected areas and OECMs cover about 17 percent of all land and a bit more than 8 percent of the ocean, according to the World Conservation Monitoring Center (WCMC), a UN agency that manages a global protected area database. WCMC has long been the official indicator of progress toward spatial targets like 30 by 30.

But some environmental experts are also pushing for a third category to count toward 30 by 30: lands managed by Indigenous territories and local communities. As much as 80 percent of the world’s remaining biodiversity is on these lands, yet many of them are not considered formally “conserved” — largely due to an old-school view of nature as “pristine” land without people. (Some Indigenous territories could be considered OECMs if they demonstrate positive benefits for biodiversity; more on that below.)

That view is now changing, which could make hitting the 30 percent target a whole lot easier.

Indigenous territories and local communities cover more than 30 percent of Earth’s surface already, according to some estimates. So, in a sense, if you consider them as conserved, the land portion of Target 3 would already be met.

“The demand from Indigenous peoples is for Indigenous territories to be recognized outright on their own terms,” Jennifer Corpuz, a Filipino Indigenous lawyer and key negotiator for the International Indigenous Forum on Biodiversity (IIFB), told Vox. “If we count those, we’re there. We’ve essentially reached the target.”

This approach is appealing to Indigenous advocates who are concerned that 30 by 30 could come at the expense of Indigenous land rights — because the historic definition of conservation didn’t include people. On many occasions, they’ve been kicked off of their land in the name of wildlife conservation. (The current text of the biodiversity framework emphasizes the importance of respecting Indigenous land rights.)

“When we talk about conservation, especially for Indigenous people, it’s a history of displacement, evictions, and rights violations,” Corpuz said. “It’s a very loaded topic with a very mixed history.”

“Just give us those rights and we can continue to conserve these areas,” added Ruth Spencer, who works with a community organization in Antigua and Barbuda and is also a member of the IIFB. “Just leave us alone in our territories.”

Still, O’Donnell says, to count Indigenous lands as “conserved” and as part of the target, there still must be some way to measure how those areas protect biodiversity. “Outcomes are essential,” he said. “Or else, what are we doing here?” (There’s a very wide diversity of lands governed by Indigenous people and local communities, some of which are more industrialized than others.)

Some Indigenous advocates push back against that idea, Corpuz said, because measuring outcomes requires a lot of work and money. That’s one reason why Indigenous groups don’t want their lands identified as OECMs, she says, because it comes with a burden of scientific reporting (and the OECM framework often “obscures” Indigenous land ownership).

This brings us to another thorny issue at COP15: If you’re going to require Indigenous groups, local communities, and developing nations to measure biodiversity (or restore their lands), you have to pay them for it, Indigenous advocates say.

When environmental advocates talk about conservation, it’s also not always clear, exactly, what they are conserving — and for whom. Is it the plants and animals themselves, and if so, are some more important than others? And important why? Because they provide benefits to humans? Because they have spiritual value?

Alongside questions of Indigenous land management, this is a key part of the 30 by 30 debate. As nations look to conserve more land, scientists emphasize that it must be the right 30 percent. To many, that means ensuring all different kinds of ecosystems are represented by networks of conserved areas, from the tropical forests to the tundra, and that wildlife has a means to travel from one conserved area to the next.

“When we talk about 30 by 30, we’re talking about a certain amount of habitat, but which places we pick are critically important,” said Paula Ehrlich, president and CEO of the E.O. Wilson Biodiversity Foundation.

Ultimately, COP15 and the biodiversity framework are unlikely to result in a single, clear definition of conservation. Yet the idea to include lands managed by Indigenous people and local communities as part of it has received a lot of support — revealing an important way that the environmental movement is changing.

More than ever, Western ecologists are recognizing that they can’t continue to set vacant chunks of nature aside, partly because few natural landscapes are devoid of human life. “You can’t have 8 billion people on the planet without some consideration of spaces that are not developed for extraction or recreation but used by people,” said Andrew Gonzalez, a professor of conservation biology at McGill University. “We’re in them.”

Clarification, December 15, 5:40 pm: In a previous version of this story, OECMs, or other effective area-based conservation measures, were described as a designation and a classification. They are not officially designated or classified; they are identified and reported within a framework.