Could insurers pull the plug on renewable energy? 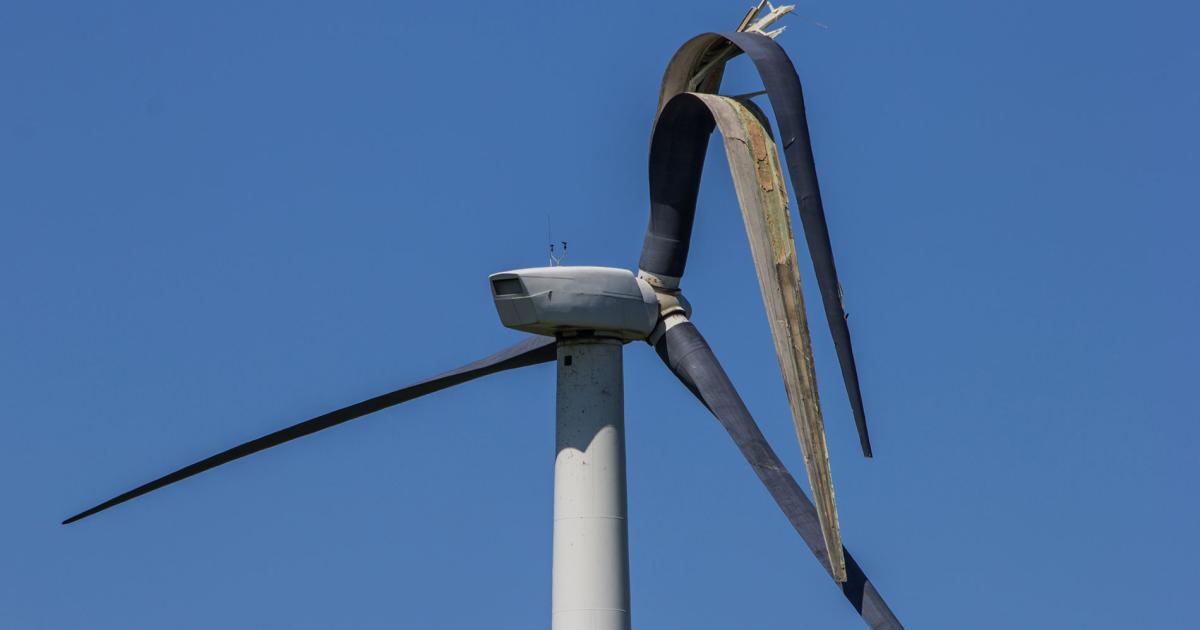 The challenges and opportunities for the insurance sector in a climate-changing world have been well-reported for years. I first wrote on the topic in 2005, warning of the rising climate-related losses insurers were facing at the time, alongside a rising concern by investors: “20 leading U.S. investors urged 30 of the largest publicly held insurance companies in North America to disclose their financial exposure from climate change and steps they are taking to reduce those financial impacts.” It was a bold idea then as now.

Over the years, we’ve continued to chronicle a broad range of issues related to insurance and sustainability, from wildfire resilience to autonomous vehicle liability to ecosystem protection.

The concern across all these topics is that rising weather-related payouts are a threat to the profitability, and possibly the survival, of property and casualty insurers and could price insurance out of reach for many companies and projects. My 2005 piece cited a Ceres study saying that U.S. insurers had seen a fifteenfold increase in insured losses from catastrophic weather events in the previous three decades — “increases that have far outstripped growth in premiums, population and inflation over the same time period.”

The insurance industry may turn its back on the renewable energy sector if it endures another year of unprecedented natural catastrophe losses.

Those concerns have continued unabated. Just last week, the Swiss Re Institute, research arm of one of the world’s largest reinsurers, published a paper focusing on Hurricane Ian, the Category 4 storm that ravaged Florida and environs this fall. The institute described “a period of elevated catastrophe-insured losses in 2017-2022 after a benign period from 2012 to 2016.” It predicted that “as higher exposures encounter shrinking risk appetite, rising prices and tighter terms and conditions are an expected outcome.”

Or, as the public radio program “Marketplace” reported last week, “In the era of climate change, this multitrillion-dollar industry is being disrupted in a major way.”

One might be tempted to shed crocodile tears for insurance companies, but we are all, directly or indirectly, their customers and stakeholders. Insurers’ role in financing companies and projects is a keystone to a vibrant economy, including the transition to a sustainable future. If insurers aren’t willing or able to cover climate tech projects or geographies, at least not affordably, it could kill financing and stymie the market uptake of entire technologies at a time when their growth is critical to meeting global decarbonization goals.

Last summer, North American projects were hit by “some of the most destructive extreme weather events in living memory,” according to Power, an industry publication. It quoted the CEO of GCube, an international insurer for wind, solar, wave, hydro and tidal projects around the world: “The unprecedented growth potential unlocked by the Inflation Reduction Act will count for little if the North American renewables sector is unable to combat extreme weather risks.”

The costs to both insurers and project developers are nontrivial. For example, U.S. insurers are expected to pay out more than $300 million in claims due to wind and hailstorms in Texas this year, according to GCube. In 2019, more than 400,000 out of 685,000 solar modules were damaged or destroyed at a single West Texas solar farm due to a massive hailstorm, resulting in $70 million of insured losses.

It’s not just Texas wind and solar. In September, a fire at a Pacific Gas & Electric battery facility in California brought fresh attention to safety issues tied to energy storage as that technology deployment grows. A similar fire occurred at an APS battery storage site in Arizona in April. In October, the board of supervisors in James City County, Virginia, voted to defer a decision on a proposed battery storage facility due to fire concerns.

One potential result of all this, as the industry publication Risk & Insurance put it: “The insurance industry may turn its back on the renewable energy sector if it endures another year of unprecedented natural catastrophe losses like 2022.”

Some insurer concerns focus on the payouts to policyholders for business interruptions. For example, the growth of electric vehicles on ill-prepared electricity grids could lead to blackouts and brownouts, potentially shutting down business operations in some areas. There are also growing worker compensation claims stemming from renewable energy construction projects.

“There are many different exposures that people don’t necessarily grasp or quantify at the beginning of these processes,” according to Loren Henry, vice president and energy specialty broker at Amwins, the largest U.S. wholesale distributor of specialty insurance products and services.

One problem, according to Alex Wittenberg, a partner in the insurance and asset management practice at Oliver Wyman, is that renewable energy projects are becoming increasingly larger in size, and often are located in catastrophic-weather-prone areas — which, of course, describes a growing number of places around the world.

“So, it’s kind of a double whammy,” Wittenberg told me. “We’re building much larger new-technology-type projects at the same time as insurers already reeling from having catastrophic weather losses are retreating from the market. So, the whole notion that we’re going from a carbon-intensive energy base with traditional power generation to a greener option — the ability to ensure that transition is kind of thrown into question.”

It’s not just extreme weather, Wittenberg said. For example, if a ship’s anchor drags across an undersea cable that brings power from an offshore windfarm to shore, repairing it could take months, even years. “There’s so many other offshore projects going on that to get the actual replacement equipment is challenging. Getting ships that can actually lay that kind of cable is something you book years in advance.”

And the losses can escalate — not just because of the value of the cable but because of what was supposed to be flowing through it, he noted. “The operator of the offshore firm is responsible for providing electricity to a utility. Now, the insurer has to replace the electricity, which means they’ve got to go buy it. And the longer that loss keeps going, the more they pay.”

Of course, fossil-fuel facilities and power plants have their share of “incidents” — fires, floods and other storm-related calamities, not to mention worker error, and they, too, have faced the specter of increased climate-related liabilities. “With less insurance coverage for physical damage and business interruption, energy companies could be liable for millions of dollars of costs in repairs and lost business in the case of an explosion or fire,” Reuters reported in 2020. “In the worst-case outcome, entire refineries could close if insurance coverage is inadequate.”

With no insurance, there’s no finance, no projects and no transition.

But the fossil-fuel sector is far more mature, and insurers, banks and project developers have decades of experience in how to cover such risks. The renewables sector is just now building that expertise, and the old models may not work.

“The financial services industry and public utility commissions and all the regulators assume that this is all going to be insured in the same way that any other power plants have been insured over time,” Wittenberg said. “In reality, I think that’s not going to be the case. There is going to be one of those moments where we might need either an alternative or some different risk-sharing amongst the partners.”

The big challenge is that for a renewable energy project to get financing, banks or other financiers want to know that a project is fully insured. “The banks aren’t going to extend credit for underinsured projects,” Wittenberg said. “With no insurance, there’s no finance, no projects and no transition.”

What’s the solution? There are only so many ways to go. Renewable energy project developers may need to take on more risk, including possibly self-insuring some or all of a project. Insurers may need to develop the technical expertise to more accurately price renewable-energy projects and risks. Government agencies may need to step in and backstop catastrophic risks for project developers or insurers. Some new and emerging securities, such as catastrophe bonds, could help to mitigate risk.

As with so many other sectors, the climate crisis stands to roil the insurance industry and, along the way, its customers, including renewables and other climate tech entrepreneurs and developers. That’s a new dynamic for an industry that’s often seen as an afterthought, a necessary evil in an ever-risky world.

Thanks for reading. You can find my past articles here. Also, I invite you to follow me on LinkedIn, subscribe to my Monday morning newsletter, GreenBuzz, from which this was reprinted, and listen to GreenBiz 350, my weekly podcast, co-hosted with Heather Clancy.