Disney+’s Andor shows why the Empire is so evil 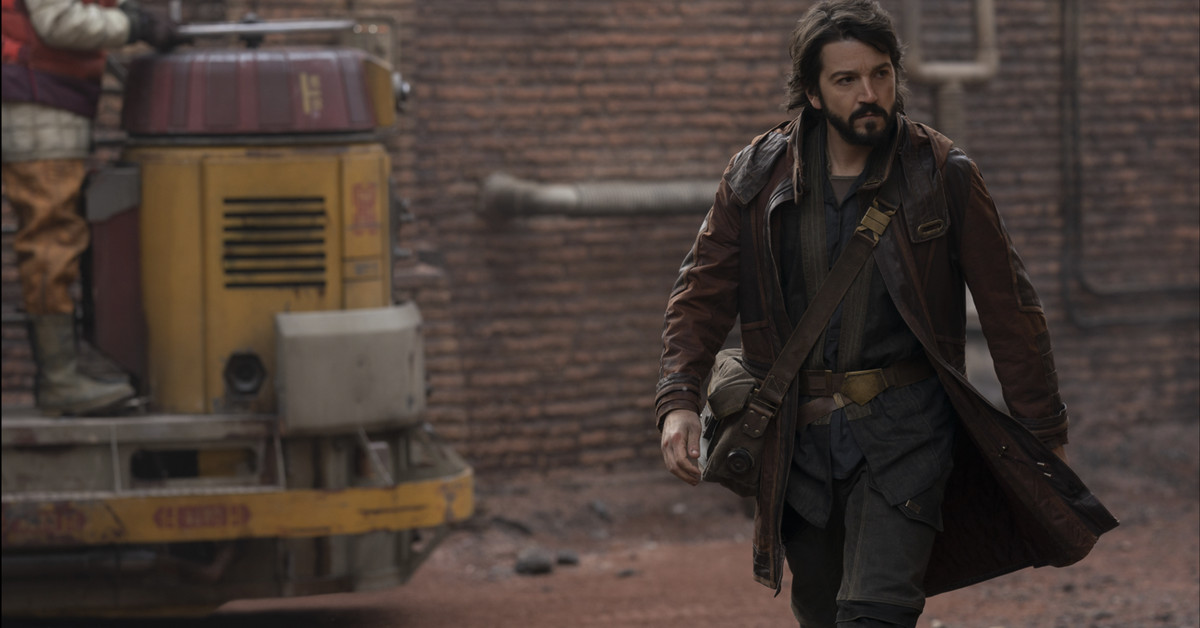 The Empire is evil. This is the basic premise of Star Wars, which by now sprawls over dozens of stories in feature films, television shows, and video games. The moment we meet the Empire in A New Hope, the 1977 film that spawned one of the biggest and most profitable content franchises of all time, its members imprison and torture a young woman — and then blow up her entire home planet, sending untold millions to their death.

But it’s notable that we don’t see the gory details as a whole civilization is obliterated by the Death Star, or even hear the extent of Leia’s screams as the interrogator droid tries to force the location of the rebel base out of her. The Empire’s atrocities are spoken about more than witnessed. In a way, that is itself haunting — paranoia is its own form of hell. But as the Star Wars mythos has mushroomed into a lifestyle and a theme park, the evil qualities of the Empire sometimes are less literal than merely aesthetic: Their helmets are scary. Their light swords are red. Their music is spooky. By this point, though, stormtroopers, which are modeled after literal Nazis, are so inept that their presence is more comical than chilling.

By this point, though, stormtroopers are so inept that their presence is more comical than chilling

Andor, the 12-episode Disney+ drama set in the Star Wars universe, has for me single-handedly restored bone-chilling terror to the Empire. Starring Diego Luna as Cassian Andor, who will go on to die spectacularly in the prequel film Rogue One, the show takes place years before the Empire falls in Return of the Jedi. From the first moment, when Cassian gets into a fight with two cops and then has to flee investigation, Andor is about policing — corporate cops, local cops, intelligence agents, occupying squadrons — and the dilemma of trying to live alongside a law enforcement presence that favors profit over life, and order over freedom.

Because the show is a drama, it works in a different mode than the films. Most of the heroes of Star Wars films are teenagers; much of the plot is family drama writ large. Andor works in a diametrically opposed way: The characters are weary adults, often forced to face moral dilemmas in the midst of what is otherwise their professional life. Each character offers the audience a window into the many systems and institutions that create and sustain the Empire.

And through this collage, which unfolds superbly thanks to some excellent pacing, Andor shows us what the Empire values, how the Empire suppresses dissent, and who becomes collateral damage in the process. (The Nicholas Britell score is fantastic, too.) As we travel the galaxy with Cassian and the far-flung cast of characters, we see the Empire’s strategy over and over again: Extract resources. Displace indigenous populations. Partner with corporations for profit. And when all else fails, suppress dissent — increasingly, as the show progresses, by any means necessary.

The story is broken into four parts. Each arc is roughly three episodes long — about the length of a feature film. Different staff writers and directors appear to have ownership over the separate arcs, which gives each section a surprisingly distinctive feel. The first arc introduces us to Cassian and presents us with his dilemma; the second takes him through a harrowing garrison heist with a small contingent of rebels. Then, in the third quarter of the show, the plot — and literally Cassian, too — takes a sharp, unexpected turn: Our hero is imprisoned in a random sweep. Being in the wrong place at the wrong time sends him to an Imperial prison for six years. We’re with Cassian as he’s swept into a nightmare.

The episodes in penal colony Narkina 5 are credited to Beau Willimon, best known for his work on Netflix’s House of Cards, and they are an exceptional run of story, building on the foundations of the early season to expose Andor’s core: the essential struggle of liberty, against those who would restrict it for profit. (The prisoners, many of whom were shuttled into the system after a farce of a trial, are conscripted factory workers for the Imperial defense effort.) Andy Serkis does a terrific turn as Cassian’s tough unit leader, an inmate named Kino Loy. As Cassian follows Kino through this carceral labyrinth, he — and we — have no choice but to be radicalized, to match overwhelming oppression with incandescent indignation.

Two of the most compelling characters in Andor are bad guys: Dedra Meero (Denise Gough) and Syril Karn (Kyle Soller). Dedra is a high-ranking intelligence official in what seems to be the Empire’s own KGB, while Syril is a low-level corporate cop. Both of their stories are primarily about their professional advancement: Dedra finds new intelligence-gathering strategies to impress her boss, while Syril fails to impress his own and is embarrassingly demoted. Both are full of emotion, but neither can express it in any way except through the machinery of the Empire — where they might seek the validation of advancement by furthering resource extraction or population control. Dedra might be a ruthless oppressor obsessed with surveillance, or she might be reveling in climbing the corporate ladder, but it makes no difference to the rebels she relentlessly pursues. Similarly, Syril might be a bitter mama’s boy, or he might be a rotten, trigger-happy shill, but either way, innocents die. Evil, Andor observes, is hidden inside the hearts of everyday lackeys.

Andor offers range and nuance amid a black-and-white conflict

But if that is where evil resides, it is also where good resides, as Andor finds in its characters like Mon Mothma (Genevieve O’Reilly), the future leader of the rebellion, who here is a beleaguered mid-career politician in a loveless marriage, trying to move money to rebel forces when her husband isn’t paying attention. It’s in Nemik (Alex Lawther), a wispy boy writing a “manifesto” who takes on a suicide mission out of a sense of duty. It’s in Maarva (Fiona Shaw), Cassian’s (adoptive) mother, who prefers to stay close to her community even when offered the chance to escape Empire control. As these characters interact, Andor reveals the breadth and depth of diversity within the category of “rebellion” — there are idealists and mercenaries, paupers and princes, and many differences of opinion between them on how to best combat oppression. The discourse is bracing in its passion and attention to detail; Andor offers range and nuance amidst a black-and-white conflict.

By the time Andor concludes its first season (the show has been greenlit for a second), we know exactly how the Empire is evil. Resistance is less a choice than it is the only available affirmation of survival. As Kino shouts to his fellow inmates, there is only “one way out” of this struggle. Rather than relegate Star Wars’ universe to mythos about prophecy and ancestry, Andor offers a Star Wars chronicle of incremental resistance and gritty compromise, against the familiar foe of repressive rule.