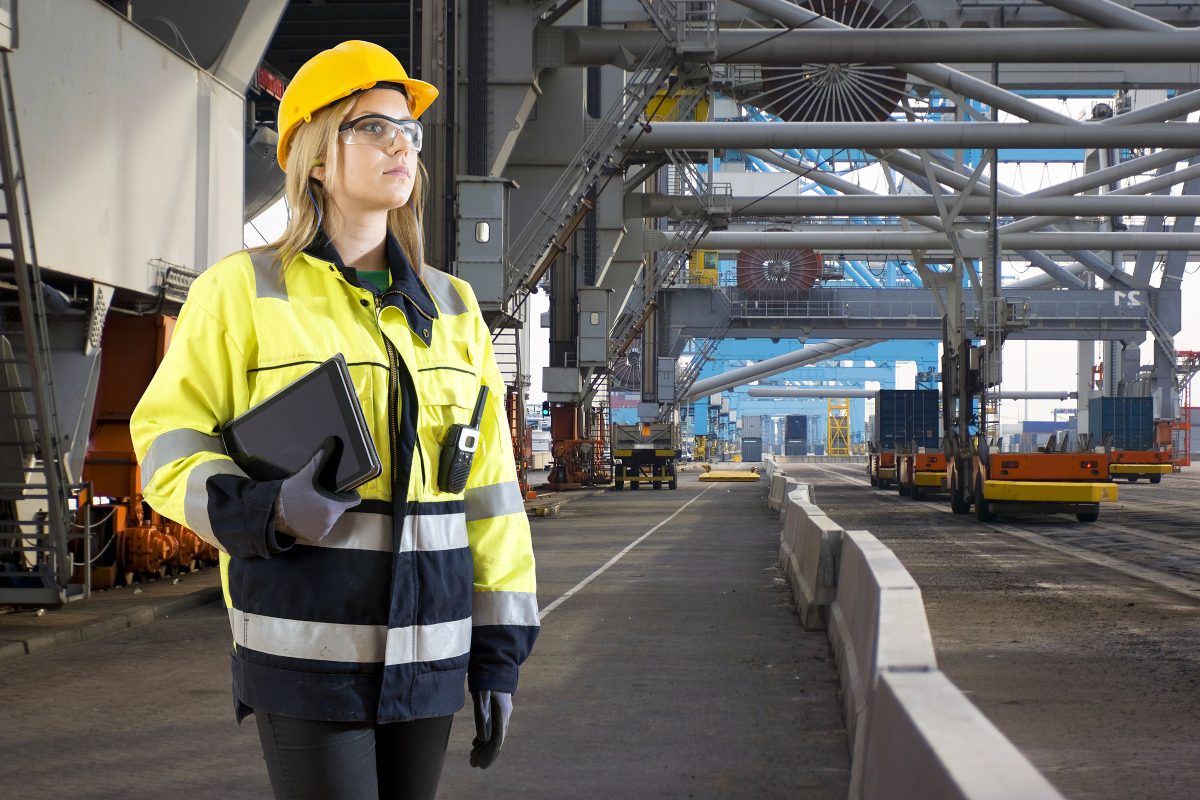 Green jobs* are growing around four times the rate of the overall UK employment market, with 2.2% of all new jobs classed as green. However more than one-third of these roles are now based in London and the South East, with a dominance of professional and scientific roles.

The second edition of PwC’s Green Jobs Barometer appears to find that the number of green jobs advertised in the UK has almost trebled in the last year, equating to 336,000 positions, providing encouragement that the economy is becoming greener.

In the year to June 2022, every region of the UK saw green jobs accounting for a greater share of the job market, and the number of green jobs at least double in absolute terms.

Carl Sizer, PwC UK’s Head of Regions, commented: “The huge growth in green jobs over the last year illustrates how we are creating a Green Britain. One year on, our Green Jobs Barometer has shone a light on the regions and sectors where these jobs are being created.

“While Wales and Scotland are among the top performers, it’s striking that one in five new green roles are based in the Capital. If growth continues on this trajectory, the compounding effect means the green economy will increase London’s dominance over other cities and regions. If we want to meet our Net Zero ambitions while driving growth, then the green economy needs to be nationwide.

“This year’s Barometer shows that many green jobs are in professional and scientific roles, while there is an ever-growing gap in new green trades jobs which are equally vital to net zero plans.

“We must therefore be conscious that this is not just a story of job creation, but also one that highlights the critical requirement for upskilling and training to prepare the UK workforce for the jobs that will realise the country’s ambitions. This will need significant investment – for example, our data shows that between 10,000 and 66,000 new tradespeople will be needed each year to retrofit the 29 million homes with low EPC ratings.”

Scotland leads green surge
Scotland has the highest proportion of green jobs, at 3.3% (up from 1.7% last year). London saw the second strongest increase in green jobs as a proportion of its job market, and by volume of jobs London and the South East are pulling away from the rest of the country.  For example, just 7,594 unique green job ads were for roles in the North East in 2022, compared to the significant 110,067 located across London and the South East.

While population density is a factor, the South’s dominance is reinforced when you consider more than one-third of all the green jobs being created today are professional and scientific roles, with an ever-growing gap in new green trades jobs which are equally vital to the net zero transition. 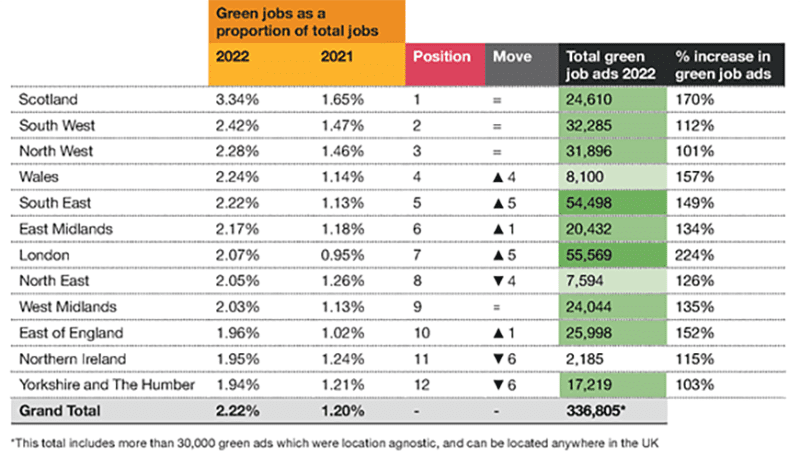 The demand for green jobs in Scotland is being driven by the energy sector – a thriving energy hub, the region boasts the largest pool of energy-related skills in the UK, skills which are highly transferable to roles in the emerging renewables subsector.

Wales’ move up the table is down to a 30% increase in the overall number of jobs advertised, plus a 150% increase in green jobs, behind only London and Scotland. There was a strong demand for green roles in manufacturing, construction and professional services.

Conversely, Yorkshire and the Humber and Northern Ireland both fell six places with each having a green jobs proportion of 1.9% – though both have improved from 1.2% last year.

Lynne Baber, Sustainability Leader, PwC UK, said:
“Our economy, and our ambitions for net zero, rely on a greener workforce that can adapt to the changing demands of a changing planet – from the transition away from fossil fuels to the technology that will accelerate the pace at which we move towards net zero.

“Small businesses face the biggest barriers to transitioning to net zero. And, given SMEs make up the backbone of the UK’s economy, the simple truth is that we will not be able to seize the full opportunity of green jobs if more help is not offered to SMEs, especially in the regions outside Scotland, London and the South East.

“Businesses are now recognising the importance of putting their responsibilities to shareholders on the same level as other stakeholders, from employees to customers – and this mentality will help create yet more green jobs.”

Commenting on the report, Minister of State for Energy and Climate, Graham Stuart, said:

“Today’s report shows how public and private investment in new renewables and tackling climate change is creating growth and job opportunities across the country.

“These new green jobs are part of a growing industry which will be crucial for the future net zero economy, but we need to make sure all parts of the country benefit, as we continue to level up opportunities”.