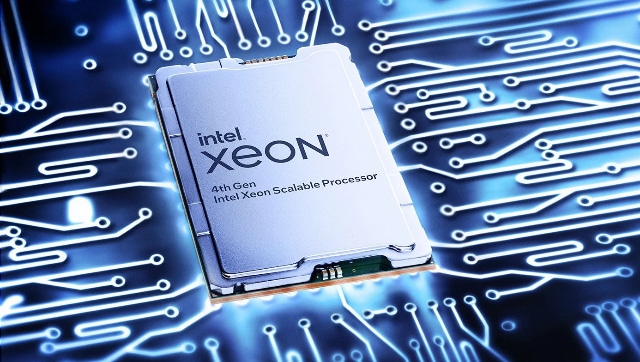 Intel has finally launched its 4th Gen Xeon Scalable processor (code-named Sapphire Rapids). At this week’s launch event, Intel described the new Xeon as one of its most significant product launches to date.

Intel’s 4th Gen Xeon Max Series CPU is the first and only x86-based processor with high bandwidth memory, accelerating many HPC workloads without the need for code changes.

Besides improving data centre and cloud infrastructure performance, the new CPUs are important to Intel and its partners for other reasons. The delays, initially from manufacturing issues and ultimately to a flaw discovered last year, helped AMD expand its data centre presence.

According to Intel, the 4th Gen Xeon processors provide clients with a variety of options for controlling power and performance, making the best use of CPU resources to aid in the achievement of their sustainability goals. These processors are Intel’s most environmentally friendly data centre CPUs.

As using built-in accelerators, consumers of the 4th Gen Intel Xeon may anticipate an increase in average performance per watt efficiency of 2.9x for specific workloads when compared to earlier generations.

Additionally, the Xeon CPU Max Series is the first and only x86-based processor with high bandwidth memory, speeding up several HPC tasks without requiring code modifications. According to Intel, the Data Center GPU Max Series, which is Intel’s highest-density CPU, will be offered in a variety of form factors to suit various client requirements.

Additionally, the 64 GB of high-speed RAM that the Xeon CPU Max Series delivers on the package considerably boosts data throughput for HPC and AI applications.

Trust Domain Extensions (TDX), a virtual-machine isolation technology that Intel created to make it easier for apps to move into secure computing environments, is now a feature of the new 4th Gen Xeon processor.