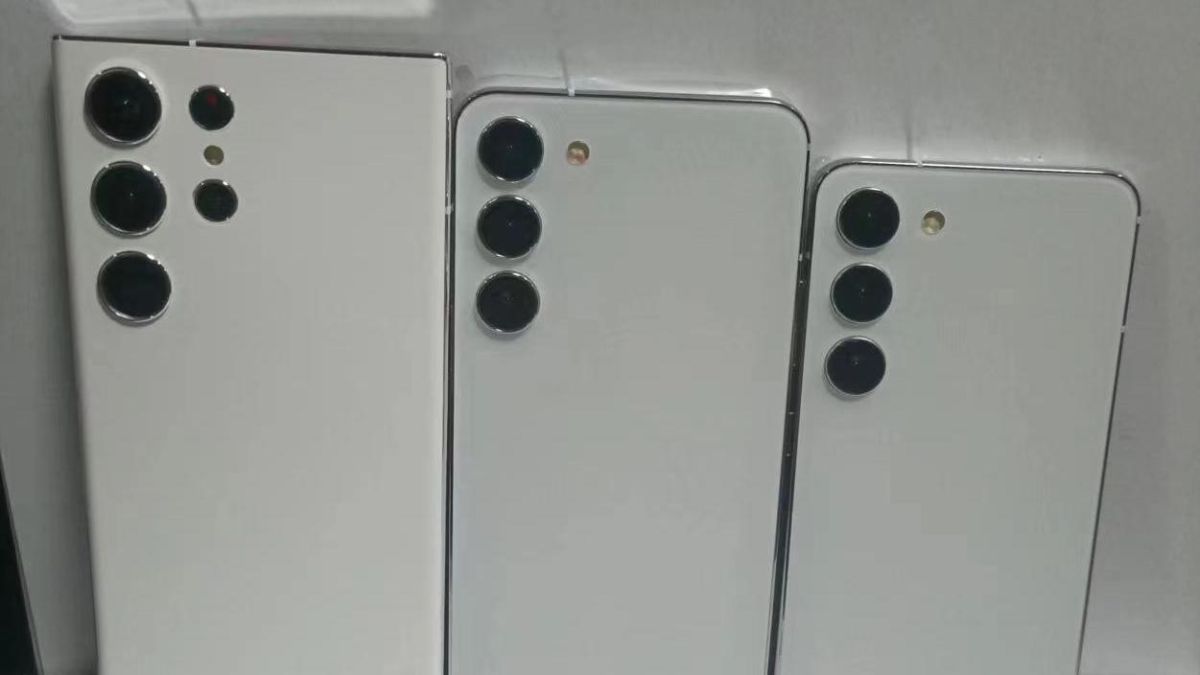 What you need to know

A potential first look at the hardware version of the upcoming Galaxy S23 series has leaked.

The photos of the dummy units for Samsung’s upcoming Galaxy S23 series were posted by SlashLeaks. From what we’ve seen before about the Galaxy S23 Ultra and these newly leaked dummy unit images, it still doesn’t look like we should expect much of a divergence in the design language from the previous iteration, and the dummy units all but confirm this.

From the leaked dummy unit images, the Galaxy S23 Ultra seems to retain its larger display size, which is rumored to be 6.8 inches, making it larger than the other two models in the series. Another aspect to make note of is what appears to be an S Pen slot at the bottom righthand of the device in one of the photos. The fact that the Galaxy S22 Ultra had this Note-like feature made it quite notable (pun intended), and it appears Samsung is continuing that trend with its next-generation flagship device.

These leaks do give us a decent look at the slight design change for the Galaxy S23+ and the Galaxy S23. We’ve seen this in leaks before, where both phones appear to have had the shiny, shimmering camera island design removed. On the Galaxy S22+ and S22, this would somewhat blend seamlessly into the side of the phone. The removal of it brings both the S23+ and S23 more in-line with the camera design of the top-of-the-line model.

The base Galaxy S23 model is rumored to feature a 6.1-inch display, while the Plus model may feature a 6.6-inch screen size. To look at these two devices overall, they appear to continue to feature more rounded edges like their predecessors but it’s also still a differentiating design choice from the Galaxy S23 Ultra.

There’s quite a bit that we’ve learned about the potential specs for the upcoming Samsung Galaxy S23 series. Among these leaked specifications include the Korean OEM’s upcoming flagship launch will most likely be powered by Qualcomm’s latest Snapdragon 8 Gen 2 mobile platform.

This SoC does come with the strength of supporting up to 200MP photos. This is a bar the Galaxy S23 Ultra will most likely reach, as it’s been rumored to have an upgraded main shooter of 200MP.

Samsung fans may not have too long to wait as the company’s Unpacked event has been speculated to happen in early February. Alleged rumors continue to say we could have this Samsung event hosted in San Francisco, California, where we should see the Galaxy S23 series in all its glory and some more details about its supposed satellite connectivity.

The Samsung Galaxy S22 Ultra features a large 6.8-inch Edge, Dynamic AMOLED display that reels you into whatever your eyes find. The allure of the device continues with its impressive 108MP main camera lens and a mobile platform chip that never lets it fall behind.