No, Santa Claus Is Not a Criminal 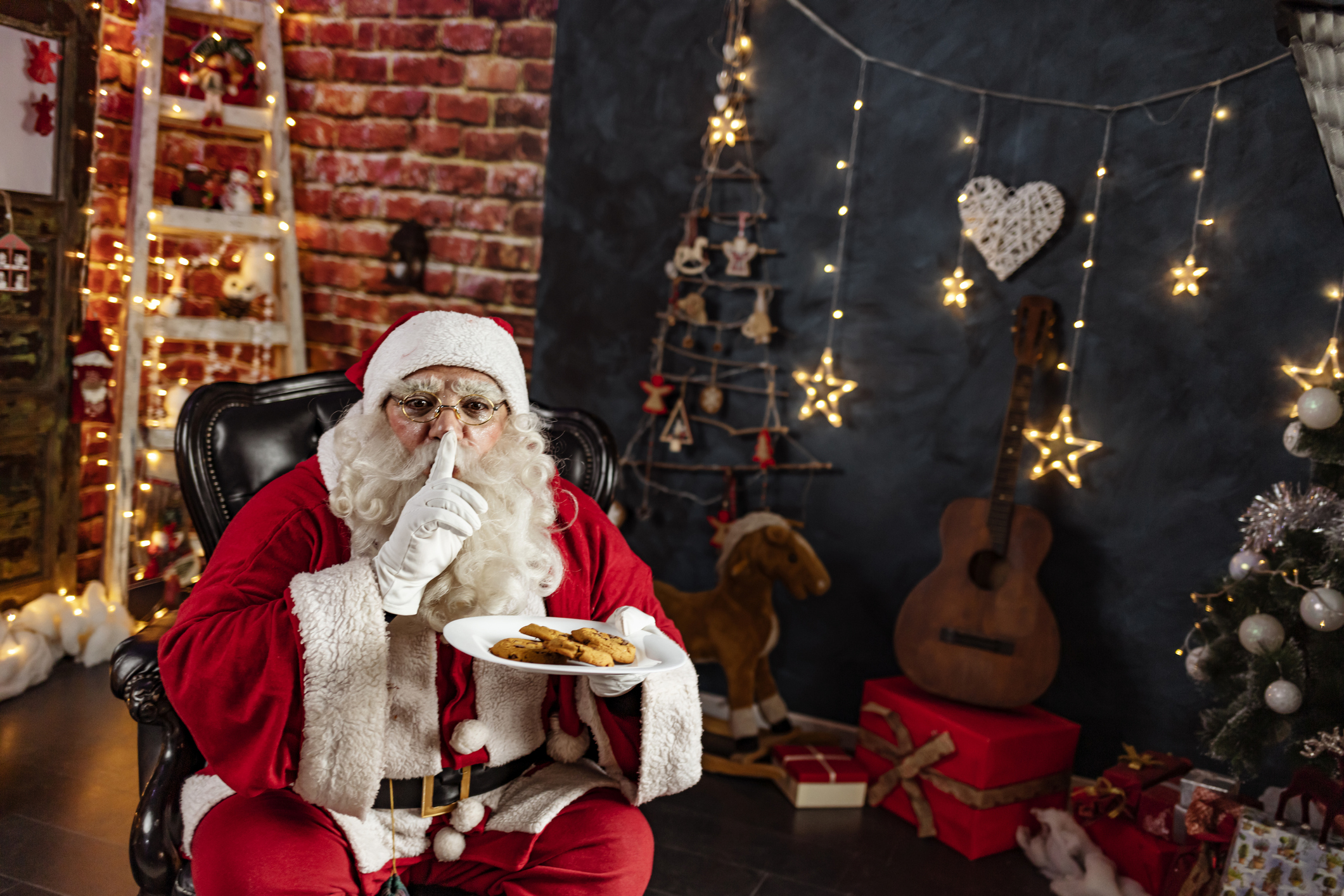 An impassioned, poignant, and 100% legally accurate defense of Santa Claus.

Thank you for your attention, ladies and gentlemen of the jury, on this very important case. My client, Santa Claus, has been accused of criminal trespass, labor violations, and violations of the Federal Aviation Act. The state has not met the burden of proof on any of these charges.

Santa Is an Invitee

Consider first the charges of criminal trespass. The prosecution would have you believe that jolly old St. Nick has violated the laws of every state by entering, uninvited, into people’s homes. They even suggest he burgles homes by stealing a bite of a cookie and a sip of milk. I remind you, however, of the following facts of the case:

The facts are clear. Families around the world can hardly wait for a visit from Santa. He is not guilty of criminal trespass.

Santa Is a Great Boss

Next, the state claims that Santa has violated federal employment laws by exploiting elves and forcing them into unpaid labor. This is an unfounded and spurious allegation against my client. Have you ever heard an elf complain? They love their volunteer work and Santa both. In exchange for their work as volunteers providing toys for children, Santa generously provides free housing, food, and all of the candy canes an elf could want. And what labor laws, exactly, is he violating? He lives at the North Pole, and is not subject to any government employment regulations. Nor, to anyone’s knowledge, has he signed onto any international employment law treaties.

Even if the U.S. government did somehow have jurisdiction over this case, the state has not proved beyond a reasonable doubt that any elf is not free to leave at any time or is in any way coerced or exploited. It’s just that no elf has ever chosen to leave, with the exception of the well-documented case of Buddy the Elf. And he regularly visits Santa still — with his family — during the Holidays. Not exactly behavior you would expect from someone unhappy with his previous employer.

Again, the facts are clear. Santa does not run a sweatshop or mistreat the elves who live with him in any way. I ask you for a not guilty verdict to ensure that those elves can continue to be cared for, happily volunteer their time, and enjoy their unlimited candy cane per diem.

As to the first charges, talk about government bureaucracy run amok! The FAA seems to have forgotten that in 2020 it gave Santa special flight and launch permissions. And the North American Aerospace Defense Command (NORAD) has meticulously tracked Santa’s progress on Christmas Eve for over 60 years without ever raising an outcry.

As for inadequate fuel reserves? Everyone knows that Santa’s sleigh runs on magic and Christmas spirit, both of which are in large supply on Christmas Eve. In centuries of delivering gifts, Santa has never run out of fuel. He simply uses a clean-energy alternative fuel source.

Federal and state governments may care a great deal about where people fly their drones, but they have made an explicit exception for Santa.

Your obligation is clear, ladies and gentlemen of the jury. The prosecution has failed to meet its high burden. Santa is not in violation of any state, federal, or international law. Plus, you don’t want to give a guilty verdict and end up on the naughty list (and no, that’s not tampering with the jury. Just a fact).

And regardless of whether you are expecting a visit from Santa this year, please enjoy the Holiday season and have a great new year.