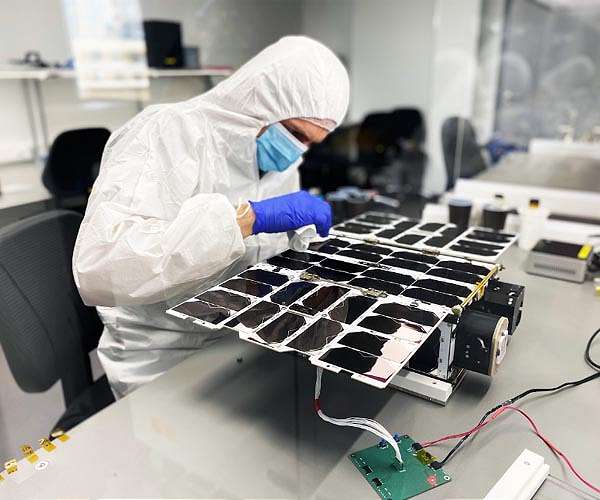 French aerospace lab ONERA (Office National d’Etudes et de Recherches Aerospatiales) has signed a contract with NanoAvionics, a space mission integrator and satellite manufacturer, for the procurement of two 8U and 6U nanosat platforms, dedicated to ONERA ‘s FlyLab mission.

The contract includes the supply of all the components necessary for the operation of the satellites, but also the integration of the payloads and the environmental tests. The two nanosat platforms feature NanoAvionics’s standardised modular design and payload versatility to accommodating sophisticated missions such as FlyLab. NanoAvionics will also provide ONERA with the software and hardware to test, validate and operate the satellites. Delivery of the complete platforms is scheduled for early 2025 and launch the same year.

The cubesat standard has redefined many aspects of space activities including science, from Earth observation and monitoring to fundamental astrophysical studies. The NewSpace methods allow to realise space missions with reduced costs and delays, sometimes grouping many satellites into a constellation. This approach and the reduction of launch costs also facilitates the validation of technologies or hardware and software components. These two major aspects are combined in the FlyLab mission.

Designed and operated by ONERA, the FlyLab mission is a true “Flying Laboratory” composed of two satellites, FlyLab-1 (8U) and FlyLab-2 (6U), flying in a sun-synchronous orbit (SSO) at about 550 km. Deployed simultaneously, the two satellites are equipped with a fine attitude control system and a propulsion system: electric for the first, hybrid chemical-cold gas for the second.

The FlyLab-2 satellite carries two payloads developed by ONERA. The first is composed of VHF antennas and a software defined radio card (SDR), allowing the reception of a signal emitted from the ground to characterise the ionosphere. It extends and improves the ONERA experiment that will be launched in early 2023. The second payload is aimed at radar analysis and consists of an L-band antenna and another SDR card that analyses signals emitted by a ground-based device.

Vytenis J. Buzas, co-founder and CEO of NanoAvonics, said: “ONERA is a great new customer for NanoAvionics, and being selected for their FlyLab mission, validating sophisticated components and equipment, is an important acknowledgement of our capabilities as a leading mission integrator and platform manufacturer, both globally and within the French space market. In addition to ONERA, NanoAvionics has already supplied six other French companies with small satellite platforms or full small satellite missions.”

“After revolutionising access to space, NewSpace is transforming its commercial, scientific and defence uses. As a government expert working for aerospace manufacturers, Onera has a key role to play in this new ecosystem, where high technology, innovation and reactivity are combined. Thus, ONERA wishes to explore these new possibilities through a self-financed project, in order to develop and launch its own nanosat missions to test new technologies in orbit. ONERA, a key player in scientific space research, is with the FlyLab mission paving the way for dual missions of the future,” said Franck Lefevre, ONERA ‘s technical director general. 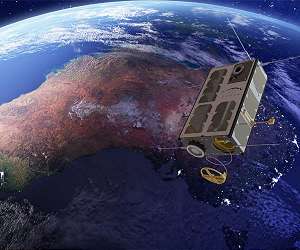 
Momentus Inc. (NASDAQ: MNTS) has signed a contract with the CUAVA Training Centre at the University of Sydney to deploy the CUAVA-2 CubeSat in low-Earth orbit in October 2023.

CUAVA is the Australian Research Council Training Centre for CubeSats, Uncrewed Aerial Vehicles, and their Applications. CUAVA is a partnership centered at the University of Sydney that aims to fundamentally change the capabilities and applications of CubeSats to create major commercial value with wide applications.