Proposal for picogram-scale probes to explore nearby stars 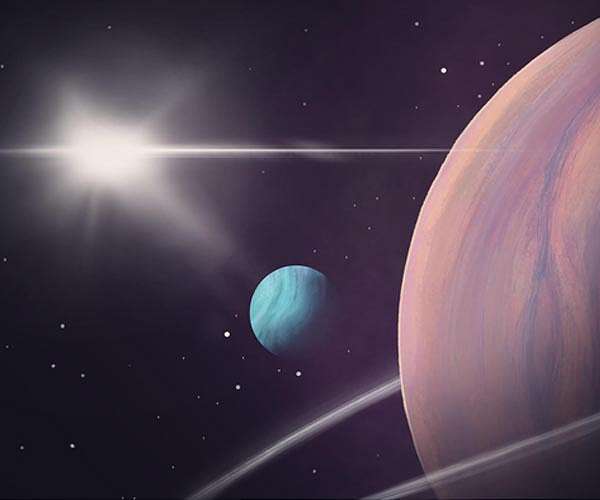 In a forward-looking article, George Church, PhD, from Harvard University and the Wyss Institute, proposes the use of picogram to nanogram-scale probes that can land, replicate, and produce a communications module at the destination to explore nearby stars. The fascinating new article is published in a special issue on “Interstellar Objects in Astrobiology” of the peer-reviewed journal Astrobiology. Click here to read the article now.

“One design is a highly reflective light sail, traveling a long straight line toward the gravitational well of a destination star, and the photo-deflected to the closest non-luminous mass – ideally a planet or moon with exposed liquid water,” states Dr. Church.

“Most living cells on Earth are picogram-scale and yet perform functions, such as replication from only simple chemical inputs, impossible for all current human-made machines,” notes Dr. Church. He considers factors such as acceleration and deceleration, and how to build communications devices using some form of electromagnetic radiation. Environments suitable for microbial replication require appropriate temperature, chemicals, and energy sources.

“Clearly, a considerable amount of work remains for improving the theory, design, and testing aspects of this proposal, some of which can be done on Earth or within our home solar system,” concludes Dr. Church.

“This paper is part of a special issue of Astrobiology motivated by the discovery of the first large interstellar objects in our Solar System, Oumuamua and Comet Borysov. Because of its unusual shape and trajectory, some have suggested that Oumuamua could have been an interstellar probe – not a rock.

“Dr. Church’s article takes this concept to the small limit, postulating tiny biology-inspired probes for interstellar missions. For some decades now, the field of Astrobiology has considered the natural exchange of objects between, and missions to, the planets of our Solar System. It now seems we need to consider the exchange of objects between, and missions to, other star systems,” says Chris McKay, Associate Editor of Astrobiology.

“From astrobiology to xenotransplantation, George Church can be relied upon to stimulate and challenge the scientific community with his sometimes audacious, forward-looking ideas. His new commentary in the journal Astrobiology is another must read!” says Kevin Davies, PhD, Executive Editor of The CRISPR Journal.