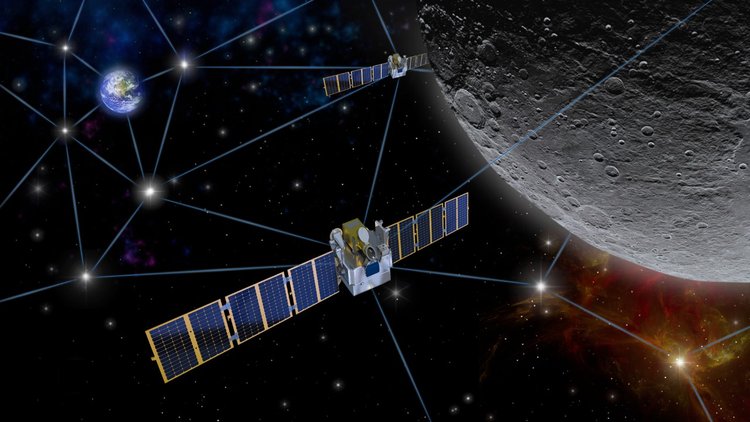 Cislunar space is quickly becoming ripe for government and civil use. This is particularly true in light of NASA’s Artemis program, which aims to establish a permanent human presence on the moon in the long-term. But a ton of critical infrastructure will need to be in place before that happens: everything from communication systems to space domain awareness, and more.

That’s where Quantum Space comes in. The startup, headed by former NASA acting administrator Steve Jurczyk, is developing a fleet of platforms that would operate in cislunar space and provide a range of services. Just 10 months after announcing its plans, the company said Tuesday it had closed $15 million in funding from Prime Movers Lab to further develop its core product.

Jurczyk, who announced onstage at TC Sessions: Space last week that the company was in the process of closing this Series A round, said it was challenging transitioning from fundraising as a high-level leader in a government agency to the head of an early-stage startup. He added that the pace of decision-making proved to be another major difference to the two worlds.

“At NASA, we’ve got to have 10 meetings and a counsel and a board and several reviews, and then all the information would come to me and I would ultimately pull the team and make a decision,” he said. “Then we get into meetings at Quantum Space and it’s like, ‘Okay, Steve, we have option A, B and C. Which one do you want to do?’”

“It was freeing and refreshing and also a little scary.”

The company said it would use the new capital to continue the development of QuantumNet — its name for the constellation of platforms, or “Scouts,” that will operate in cislunar space — starting with the launch of the first Scout in October 2024. That mission, which Quantum Space announced this past October, will carry a situational awareness payload from GEOST and payloads from additional customers. Blue Canyon Technologies will provide the spacecraft bus.

That first mission, dubbed QS-1, will launch as a rideshare, but the company is developing an in-space tug called Ranger that it plans to use to carry Scouts to their final destination in orbit. The company plans to put more than 40 Scout vehicles in cislunar space by 2032.

“We started off really focused on what we call the ‘robotic outpost,’ a fairly large spacecraft for robotic capability with rendezvous proximity operations, to do servicing, but then we saw there was a need for more capabilities than that in cislunar space,” Jurczyk said. “So now we have a broader strategy […] and that significantly increased our funding needs and our funding timeline.”

Quantum Space was founded in 2021 by Kam Ghaffarian, who also founded Axiom Space and Intuitive Machines. Prime Movers Lab is also an investor in Axiom.

Quantum said in a statement that it would use the funds to develop integration and test facilities, a mission operations center and to continue development on the company’s customer-facing data platform and software.