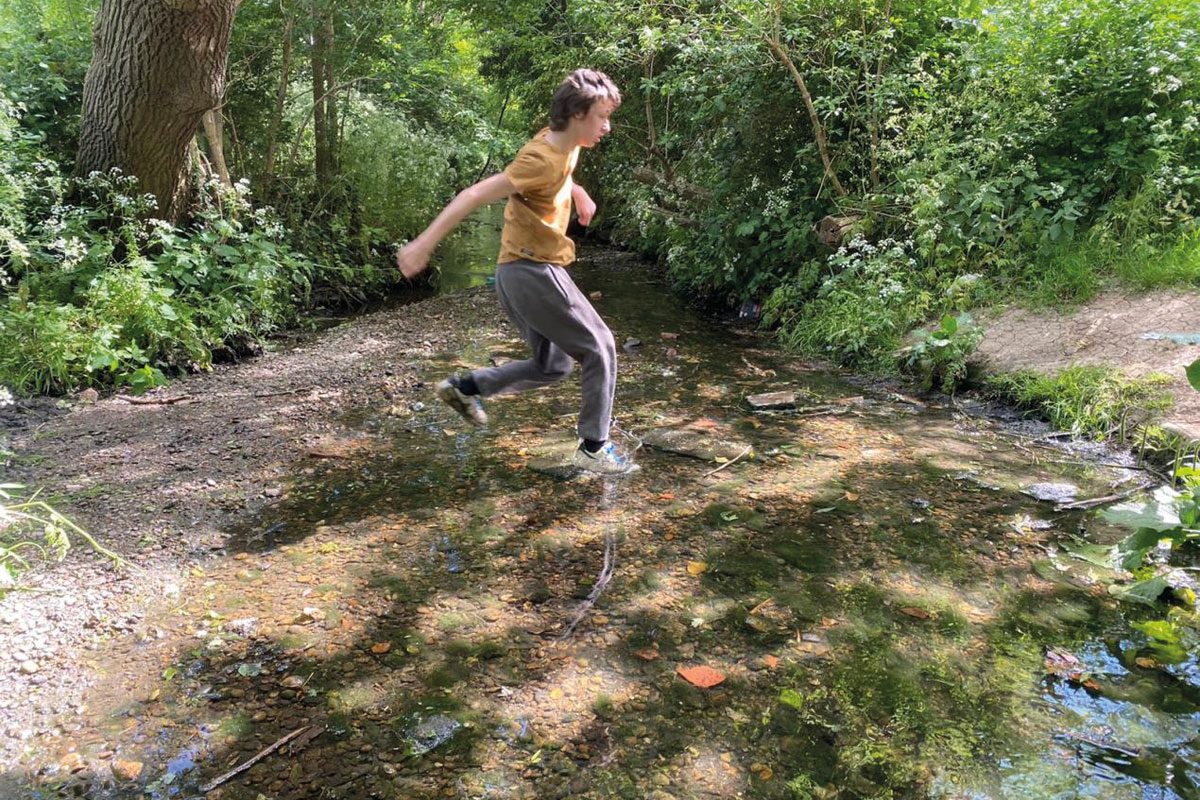 A North London flood resilience project has unveiled a new identity and announced plans to use nature-based solutions to tackle flood risk around the Silk Stream – a 2.5-mile tributatory of the River Brent.

The Silk Stream Flood Resilience Innovation (SSFRI) project will now be known as Action for Silk Stream, as its project members embark on an ambitious programme of flood risk measures and community engagement over the next 5 years.

Since being founded in 2021, the project has engaged more than 1,200 people in the North London areas of Harrow and Barnet to raise awareness of flooding and pollution, co-design solutions with local people, and help community members become champions for their local rivers.

The climate emergency is making extreme weather more frequent and increasing the risk of heavy rainfall and flooding. To tackle the effects of the climate emergency and the impacts of urbanisation, the project aims to use natural systems to make space for water in wetlands and rivers to increase flood resilience in the Silk Stream area.

In its first year, the project has mainly focussed on proposals in two green spaces: Chandos Park in Harrow and Watling Park in Barnet. Both parks offer significant opportunities for environmental improvements that will help build flood resilience in the Silk Stream area.

The project team have been working closely with local residents in both parks to design proposals that not only reduce flood risk, but also become cherished assets for the community as well as much-needed habitat for wildlife.

“We think in order for these projects to be as successful as possible we need to incorporate the detailed knowledge about the sites that only people who live near them and visit them several times a week will have,” said Sam Bentley-Toon, Engagement Manager at Thames21. “By combining this knowledge with a more specialist understanding of flood-risk and ecology we hope to create interventions that will work for everyone involved.”

In Chandos Park, the Edgware Brook, a tributary of the Silk Stream which is currently hidden away behind a chain-link fence, will be restored to a more natural state and moved further into the park. A new wetland will be created that will act as a flood storage area, help filter out pollutants and attract wildlife such as frogs and dragonflies.

In Watling Park, a tributary of the Silk Stream called the Burnt Oak Brook, will be ‘re-meandered’ through the park, converting it from a straight channel that runs along the edge of the park into a more natural and curving form. A flood storage basin will be created that the river can spill into during extreme rainfall events to reduce flooding downstream.

The daylighting of a surface water pipe and creation of wetland cells running through the natural valley of the park is also being considered as a design option.

The project will continue to develop these proposals alongside the local community and hope to begin work in Autumn 2023. Meanwhile, the team will begin to develop proposals at Bentley Priory in Harrow and Lyndhurst Park/The Meads in Barnet. Subsequent years of the project will see the development of additional proposals across the Silk Stream area.

“The project looks forward to delivering a range of integrated nature-based solutions to manage the flood risk in this urban catchment, making space for water through innovative partnerships and methods of delivery while improving the quality of our rivers,” says Ruchi Sayal, Project Lead and Flood Risk Manager, Barnet Council.

“The project team are also working with Defra to explore innovation in the project and this includes a review of existing flood related legislation, policies and strategies to find opportunities for integrated investment and delivery of public and private sector works that will include ideas on combining flood protection and pollution prevention,” adds Michael Bradshaw, Flood Risk Manager, Harrow Council.

Another key project aim is to raise awareness amongst Barnet and Harrow residents of the causes of flooding, how nature can be harnessed to build flood resilience and how individuals and businesses can protect their properties from flooding.

Thames21, a charity which specialises in river restoration and community engagement, has come up with some innovative ways to spread the message, from pub quizzes to mini golf.

“We think it’s really important to find new ways to raise awareness of environmental issues so that we can reach all parts of the community,” said Chris Coode, Deputy Chief Executive at Thames21. “We’ve been organising community river action days in parks with river-themed games that draw people in so we can speak to them about the project and its aims.”

The project team will also engage the Silk Stream area’s younger residents by working with primary schools to bring students to project sites to teach them about their local rivers and inspire them with a vision for environmental improvement.