Roadmap for space sustainability launched at event in Bremen 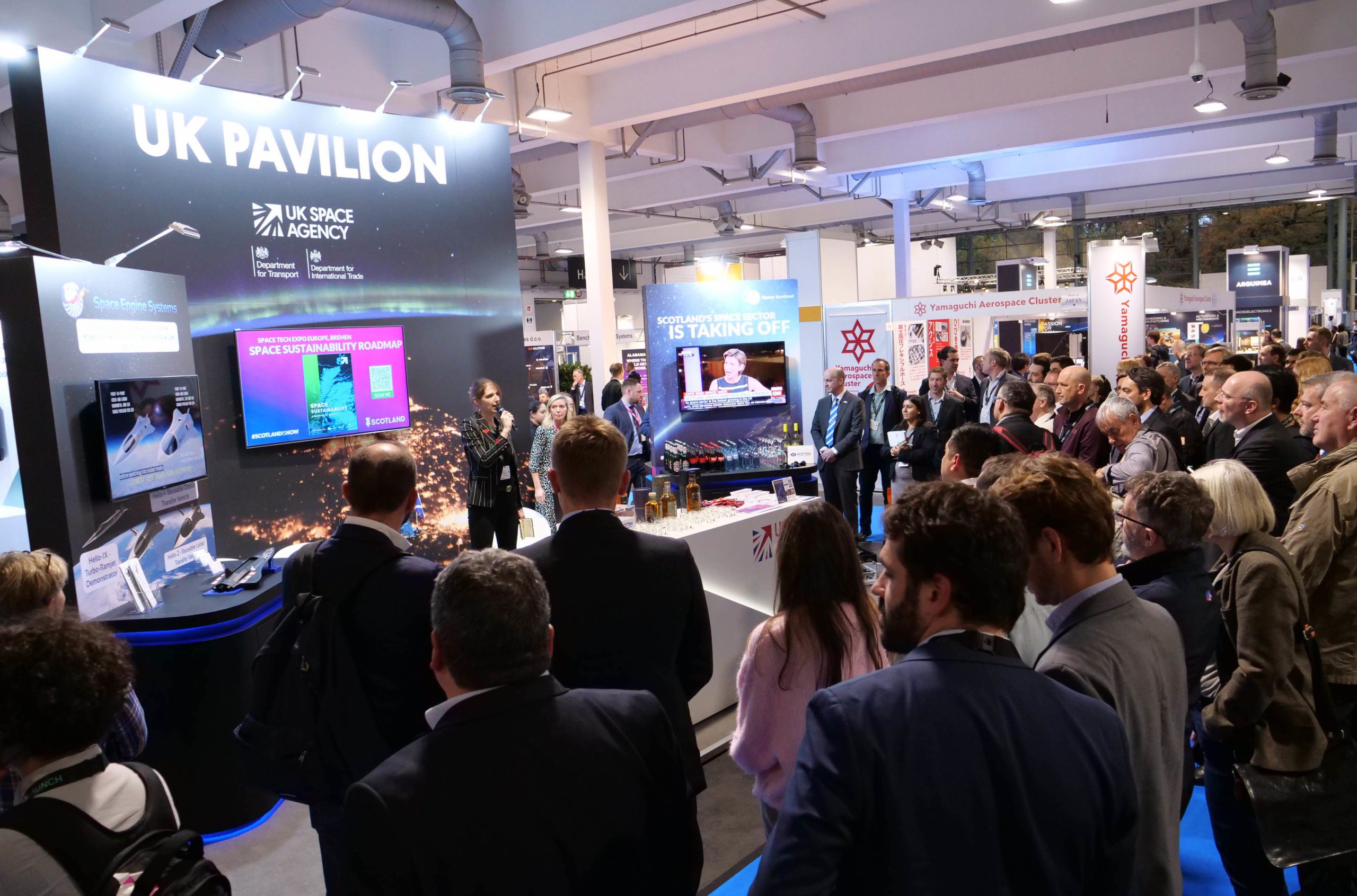 A roadmap outlining a sustainability strategy for the space sector in Scotland – and offering a potential blueprint for technology developers in other regions – was showcased at the Space Tech Expo Europe exhibition in Bremen, Germany in late November.

Believed to be the first sustainability strategy of its kind, Sustainable Space – A Roadmap for Scotland was originally kick-started by funding from Scottish Enterprise and unveiled in front of the domestic space sector in September at the Glasgow Science Centre.

Industry-led group Space Scotland has provided guidance in the document’s development, in particular around a set of eleven work packages that the document prescribes for the sector.

The international showcase event was also used as an opportunity to highlight Scotland’s end-to-end space industry. A delegation of 18 Scottish space firms* took the stage at the UK Pavilion to introduce the roadmap and the space value chain, including satellite and launch vehicle manufacturers, subsystem component providers, spaceports and space data analysts.

Director of Space Scotland, Daniel Smith said he was “excited by the level of interest in the roadmap since it was published earlier this year, particularly from international space agencies.”

Luminaries from the international space scene have apparently contributed to the document. Professor Moriba Jah of the University of Texas at Austin, said he was “honoured to have my voice pulled into this critical strategy.”

“We must aim to develop a circular space economy focusing first and foremost on the prevention of pollution by minimising single-use satellites and rockets via reuse and recycling. Scotland has a long history of subscribing to the belief that all things are interconnected and embracing an inter-generational contract of stewardship.”

Scottish Enterprise has announced plans to contribute to the next phase of the initiative, by launching an innovation challenge called Applying Space Data to the Net Zero Economy.

Sharon Pryde, Space Specialist at Scottish Enterprise said, “We are pleased to announce that we have already received numerous applications to our innovation challenge for support with projects that use data from satellites to protect the environment, from safeguarding woodland and peatland to cataloguing global shipping emissions and much more. We will be announcing the winning projects very soon.”

Space Sustainability – A Roadmap for Scotland can be downloaded for free via the Space Scotland website. The topic will be covered in an upcoming Space Cafe Scotland webinar, hosted by industry media publication SpaceWatch.GLOBAL.