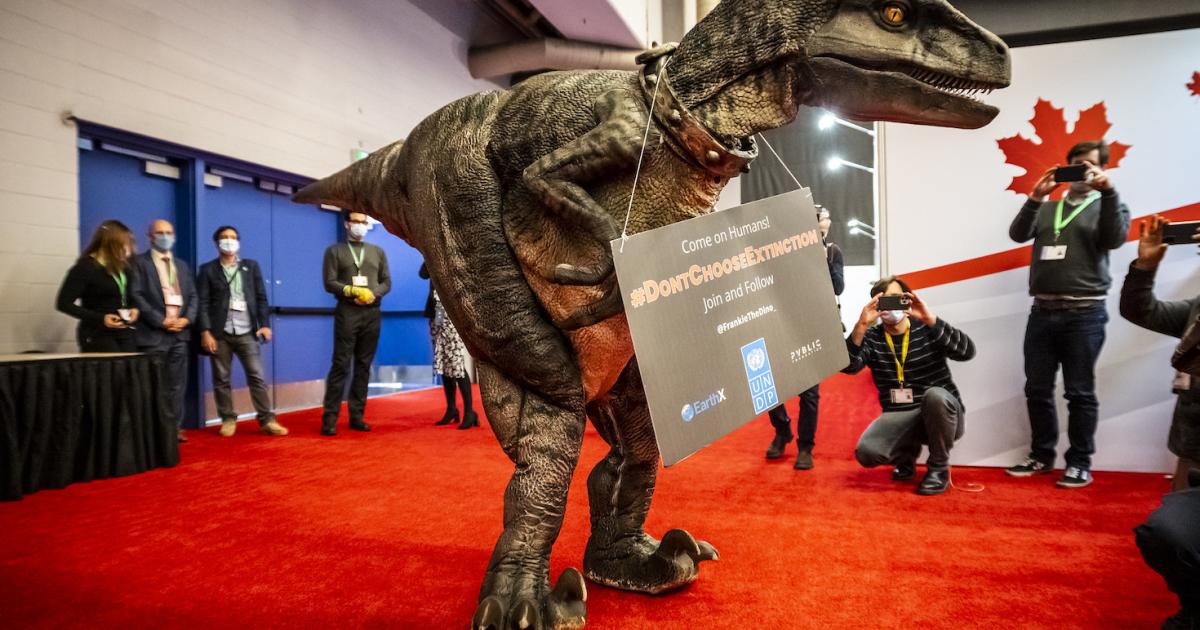 These are a few colorful phrases U.N. Secretary-General António Guterres used to describe humanity’s relationship with the natural world during his opening remarks at COP15 — the “biodiversity COP” — which kicked off last week in Montreal.

The investment industry is animated by two key strands at the core of its DNA: The pursuit of returns; and client satisfaction.

The case for why all investing should be sustainable — that is, executed with a view for long-term value and informed by natural science — increasingly applies to both, and especially so on matters of natural capital. Natural capital refers to the value extracted from soil, air, water, climate and all the living things and ecosystem services that make our economy, and life generally, possible.

The U.N. Biodiversity Conference delivered (yet another) investor coalition in this vein: Nature Action 100, launched by 11 large institutional investors. According to Claudia Wearmouth, global head of responsible investment with Columbia Threadneedle Investments, a founding member of the initiative, the goal is to engage companies with the largest impact on nature to mitigate the risks they face from growing pressure to thwart biodiversity loss.

The group’s formation is a testament to the growing importance of natural capital and biodiversity in investor decision-making. Ambition and outcome aren’t synonymous, but it’s a promising signal nonetheless.

So what’s at stake for investors during the “biodiversity COP”?

Per the World Economic Forum, upwards of $10 trillion is on the table annually to motivate investment in the protection of nature and biodiversity. The question this COP hopes to help solve is how to go about doing so, with sufficient speed and consideration for environmental justice.

COP15 is convening governments from nations, those human constructs that house nature, to agree to a new set of “goals for nature” over the next decade via the Convention on Biological Diversity (CBD) post-2020 framework process.

Environment ministers from said governments are attending the “upper floor” segment of the event, a parallel to the Blue Zone at climate COPs, where the negotiations take place. Civil society groups, indigenous leaders, scientists, business and finance folk are participating via side events on the lower floor.

The CBD was signed by 150 government’s at the 1992 Rio Earth Summit, and is conceived as a practical tool for translating “Agenda 21” — the non-binding action plan of the United Nations to achieve global sustainable development — into reality.

There are no formal requirements in the CBD to begin, stop or change any particular practice, but it instead “Acknowledges that substantial investments are required to conserve biological diversity,” that “conservation will bring us significant environmental, economic and social benefits” and “reminds decision-makers that natural resources are not infinite.”

Upwards of $10 trillion is on the table annually to motivate investment in the protection of nature and biodiversity.

Setting those goals requires pricing natural services such as water purification, raw materials or pollination on which the global economy depends. Quantifying nature’s value is a technical and moral challenge, and is a key element of the discussions in Montreal.

The key number I hear parroted most often in conversations on biodiversity investment is that around half of the world’s GDP is dependent on nature, per U.N. Environment Programme findings.

But I prefer CDP co-founder Paul Dickinson’s take on the math: “If you’re on a spaceship, what percentage of the ship’s GDP is dependent on the life support system? It’s not 50 percent, it’s 100 percent. We entirely depend on nature to survive.” So, too, does our economy.

The trillions it will take to ‘live in harmony’

With this in mind, what are investors hoping to see from the biodiversity COP?

Stephanie Maier, head of sustainable and impact investment at Swiss asset manager GAM, captured it well: “This ‘Paris’ moment for nature will determine whether we can reach the CBD’s [Convention on Biological Diversity’s] vision of halting biodiversity loss by 2030 and ‘living in harmony with nature’ by 2050.”

If living in harmony with nature sounds more am​​biguous and thus potentially more difficult to achieve than net zero, that’s because it is.

But, the reality is that climate change and biodiversity loss are not separate phenomena. They are entirely intertwined. A key takeaway I’m hearing from those on the ground in Montreal is that this intertwined reality is readily apparent to investors, and they’re ready to get moving on tackling both in tandem.

Another reality is that, to activate those two aforementioned key strands of investor DNA — the pursuit of returns and client satisfaction — quality data is essential.

And as Katie Leach, head of biodiversity at responsible investing NGO ShareAction, told me, “Through climate reporting, you have loads of data already that you can use in some of your nature-related assessments. This isn’t a whole new topic that [investors] have to start thinking about.”

Today is Finance and Biodiversity Day at COP15, a full-day event dedicated to “exploring the relevant linkages between the draft post-2020 Global Biodiversity Framework (GBF) and the financial system and economy.”

I’ll be keeping an eye out how the global financial community’s discussions and perspectives sharing translates to actionable steps on the road, or maybe more aptly the winding dirt trail, to integrating biodiversity in financial decision-making.

[For more news on green finance and ESG issues, subscribe to our free GreenFin Weekly newsletter.]