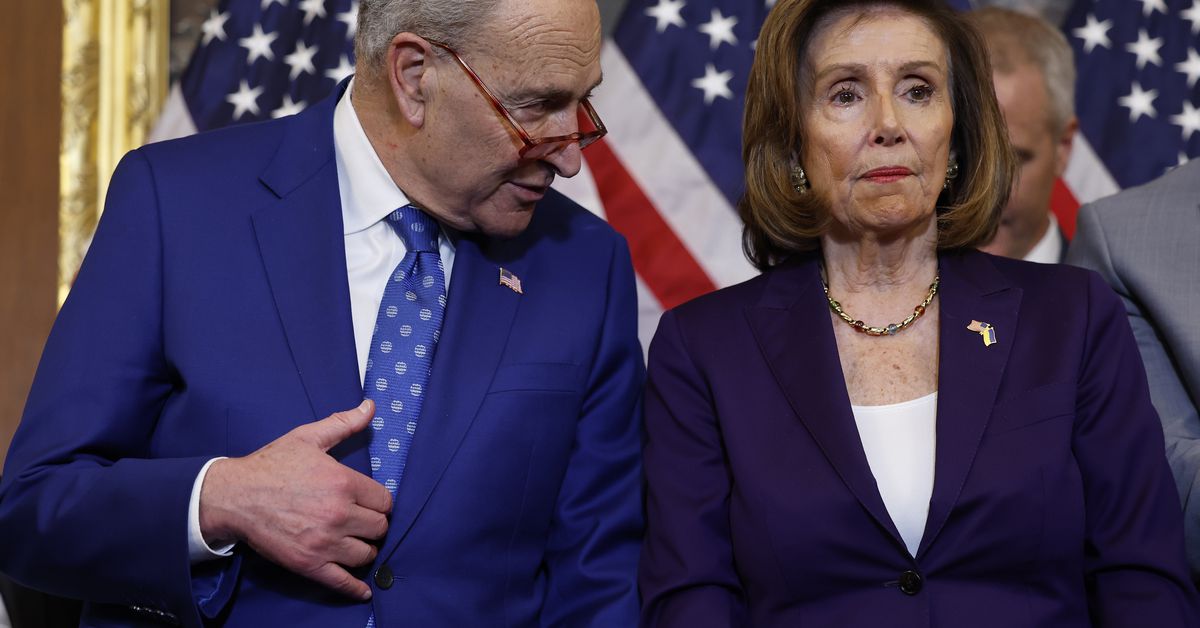 The immediate deadline for a spending measure is December 16, when current funding expires, but January 3, when a new Congress will be sworn in and Republicans will take control of the House, is the bigger concern for lawmakers.

Though there are other legislative priorities the House and Senate may try to pass, like attempts to address the debt ceiling, immigration policy, or speeding up the permitting process to develop clean energy infrastructure, the NDAA and omnibus bills are in the spotlight. The NDAA has been passed every year for more than half a century, and failure to pass a government funding measure of some sort would result in a partial government shutdown.

Though this is a somewhat regular problem — Congress is prone to procrastinating before the holidays or the end of the fiscal year — the annual struggle to fund the government is still cause for concern. Progress on legislative priorities, particularly critical legislation like omnibus bills, often gets bogged down in partisan fights and efforts to attach measures that are difficult to pass as standalone bills.

Last year at this time, the NDAA was also still tied up in Congress; it only passed the Senate on December 15 after a prolonged fight, and an omnibus appropriations bill took several months and three CRs.

There’s even more urgency to pass the NDAA and the omnibus bill before the end of the year since unified Democratic control of government will end at noon on January 3. Republicans are set to take control of the House with a slim majority, which will complicate future legislating, and current House Minority Leader Kevin McCarthy is expected to replace Nancy Pelosi as speaker of the House despite some internal GOP resistance.

The NDAA has passed the House; now it faces the Senate

Of the two critical bills, the NDAA is the closest to full passage. The proposed 2023 bill includes a record $858 billion in spending priorities, eclipsing last year’s $768 billion budget.

Though the NDAA is considered an annual must-pass, it’s important to remember that it doesn’t actually allocate money to the Defense Department; instead, it authorizes spending for policies and programs. In order to fund those priorities, Congress must pass an appropriations bill.

The House has already passed multiple versions of the bill, though McCarthy in November threatened to hold up the legislation until January, when the GOP is in control of the House and he is, presumably, speaker.

“I’ve watched what the Democrats have done on many of these things, especially the NDAA — the woke-ism that they want to bring in there,” McCarthy said in November after receiving his party’s nomination for House leadership. “I actually believe the NDAA should hold up until the first of this year — and let’s get it right.”

McCarthy didn’t specify what, exactly, is too “woke” in the legislation, but as The Hill pointed out last week, he may have been referring to new proposed grooming standards that allow a wider variety of hairstyles for women service members and service members of color, different uniforms to accommodate pregnant service members, and efforts to address diversity, equality, and inclusion as well as root out extremism in the ranks.

While the NDAA appears on track to pass this year, Republicans have already won at least one major concession. The version the House passed Thursday, with overwhelming bipartisan support, ends the Covid-19 vaccine mandate for service members; last month, a group of Senate Republicans threatened to block the bill unless it ended the policy, which some Republicans claim has caused staffing issues due to vaccine-related discharges. As Vox’s Li Zhou explained earlier this week, Senate Democrats will likely have little room to push back on the issue:

Because the NDAA needs at least 10 Republican votes to pass in the Senate, and [required] House Republican support given Democrats’ narrow majority in that chamber, the GOP has a key opportunity to secure a policy and messaging win on vaccine requirements. Republican efforts hint, too, at how they’ll continue to leverage Democrats’ need for their cooperation in the new term, when they’ll control the House and the Democrats the Senate.

The House-passed bill also includes funding up to $10 billion for Taiwan over the next five years, and $800 million for Ukraine. Though continued Western support in the form of weapons systems, supplies, and intelligence has proved critical to Ukraine’s efforts to repel Russian forces from its territory, funding Ukraine’s efforts on the battlefield might become far more difficult with Republican control of the House, as McCarthy has expressed doubt over what he called “blank check” funding for Ukraine.

Also in this year’s NDAA is a major overhaul to the military’s handling of sex crimes, a decade-long effort on the part of Sen. Kirsten Gillibrand (D-NY) and retiring Rep. Jackie Speier (D-CA). The new measures, building on sweeping changes to military sex crimes prosecutions, add three more offenses to the list of sex and related crimes covered by newly designated special prosecutors, and remove prosecution of those crimes from the chain of command, although they will still be prosecuted under court martial and not via an independent court.

Congress is still stuck on funding the government

The clock runs out on current government funding authorization on December 16, giving Congress just a few days to pass a new omnibus spending bill — which is actually 12 separate bills corresponding to the congressional subcommittees that draft them. Congress can pass individual bills within the omnibus package, but no matter what, Congress has to fund the government to avoid a tedious and costly shutdown.

The two parties are divided over the $26 billion more that Democrats want to spend on domestic programs, including a veterans health funding measure and increased spending in the financial services bill, which funds the IRS. Republicans argue that Democrats already passed funding infusions for the IRS, as well as for a number of social programs, in the Inflation Reduction Act earlier this year.

Rep. Rosa DeLauro (D-CT), who chairs the House Appropriations Committee, told reporters last week that she and her committee are not writing any stopgap funding measures right now — and they won’t until Republicans can agree to negotiate on some of the big-picture numbers, CQ Roll Call reported Thursday. However, it’s looking increasingly likely that a brief stopgap will be necessary, as Punchbowl News pointed out last week, and Pelosi has floated the idea of passing an unprecedented year-long CR. Whatever the solution, though, Congress may be stuck working on a solution through the holidays.

But while short-term continuing resolutions to give time for final passage of an appropriations bill can be crucial, longer-term CRs are less than ideal because they follow the previous year’s budgeting priorities and numbers. It’s difficult to stay on last year’s budget when inflation has pushed up salaries, as well as the cost of supplies from fuel to technology, but CRs also mean that government policies are stuck in the past, and new programs and priorities — which cost money — can’t be implemented.

Despite those issues, however, the yearly process runs into a time crunch almost without fail — and it remains to be seen whether Congress can pass an omnibus bill any earlier this year than last.

Help us reach our goal

In our recent reader survey, we were delighted to hear that people value Vox because we help them educate themselves and their families, spark their curiosity, explain the moment, and make our work approachable.

Reader gifts support this mission by helping to keep our work free — whether we’re adding nuanced context to events in the news or explaining how our economy got where it is. While we’re committed to keeping Vox free, our distinctive brand of explanatory journalism does take a lot of resources, and gifts help us rely less on advertising. We’re aiming to raise 3,000 new gifts by December 31 to help keep this valuable work free. Will you help us reach our goal and support our mission by making a gift today?