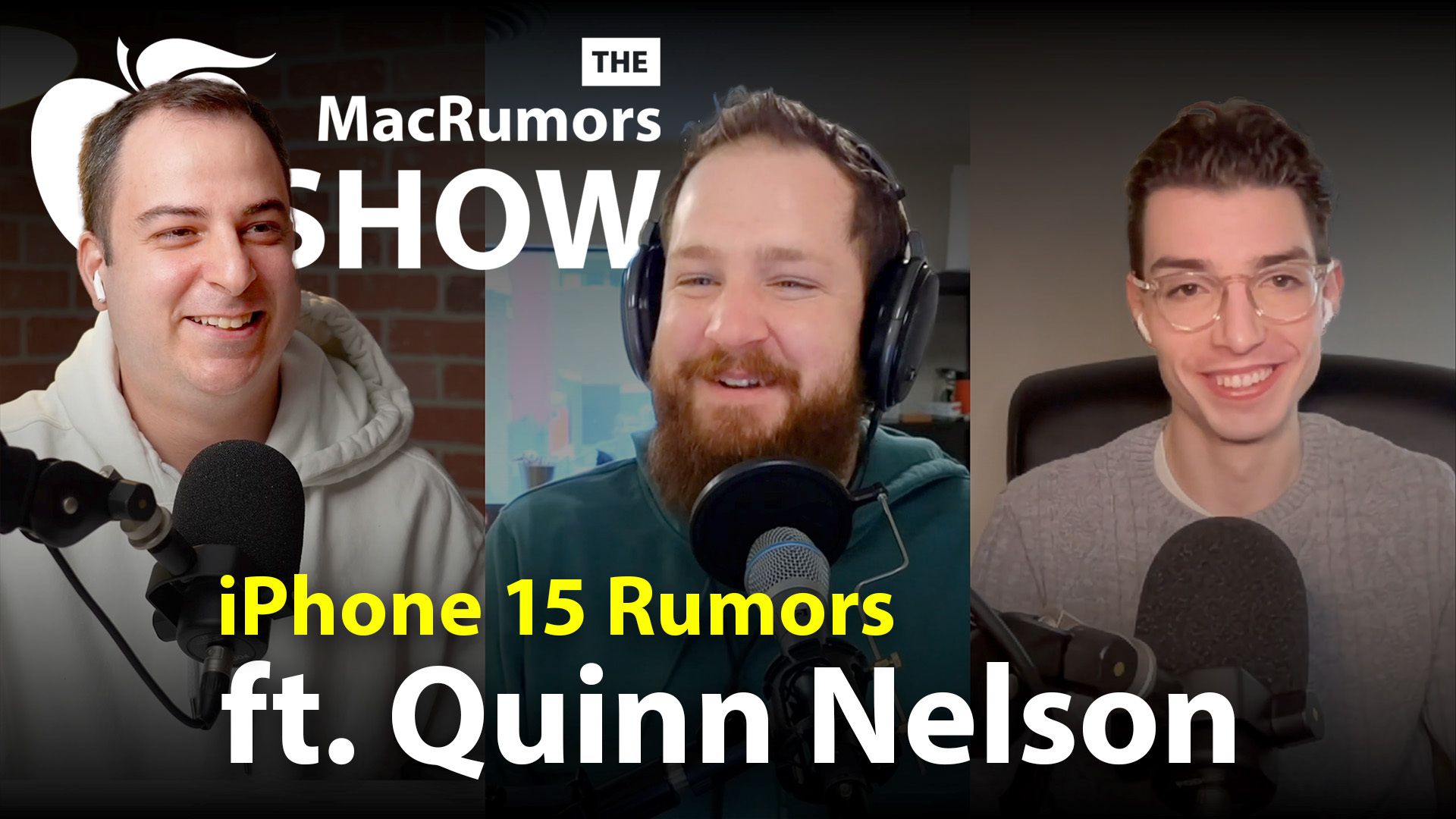 YouTuber Quinn Nelson joins us this week on The MacRumors Show to talk through iOS 16.2 and all of the latest rumors about 2023’s iPhone 15 models.

In this episode, we initially discuss some of the standout features in iOS 16.2, including Apple Music Sing, the Freeform app, and Advanced Data Protection for iCloud, before moving on to the biggest ‌iPhone 15‌ rumors to date, including the switch to an “Ultra” title for the “Pro Max” model, a titanium chassis with curved rear edges, adding a USB-C port in place of Lightning, and an all-new 6x optical zoom periscope telephoto camera lens. We also look at some of the most likely impending controversies regarding the devices, such as USB 2.0 speeds on the standard ‌iPhone 15‌ models despite the switch to USB-C and the potential problems brought on by moving to solid-state volume and power buttons.

Listen to The MacRumors Show using apps like Apple Podcasts, Spotify, Overcast, Pocket Casts, Castro, Google Podcasts, or subscribe by copying our RSS feed directly into your podcast player. You can also watch a video version of the podcast on the MacRumors YouTube channel.

If you haven’t already listened to the last episode of The MacRumors Show, be sure to catch up for an in-depth discussion on how and why we use our Apple devices.

Subscribe to ‌The MacRumors Show‌ for more episodes, where we discuss some of the topical news breaking here on MacRumors, often joined by exciting guests like John Gruber, Federico Viticci, Sara Dietschy, Luke Miani, Sam Kohl, Thomas Frank, Jonathan Morrison, iJustine, Ross Young, Ian Zelbo, Jon Rettinger, Rene Ritchie, Andru Edwards, Jon Prosser, and Mark Gurman. Remember to rate and review the show, and let us know what subjects you would like the podcast to cover in the future.