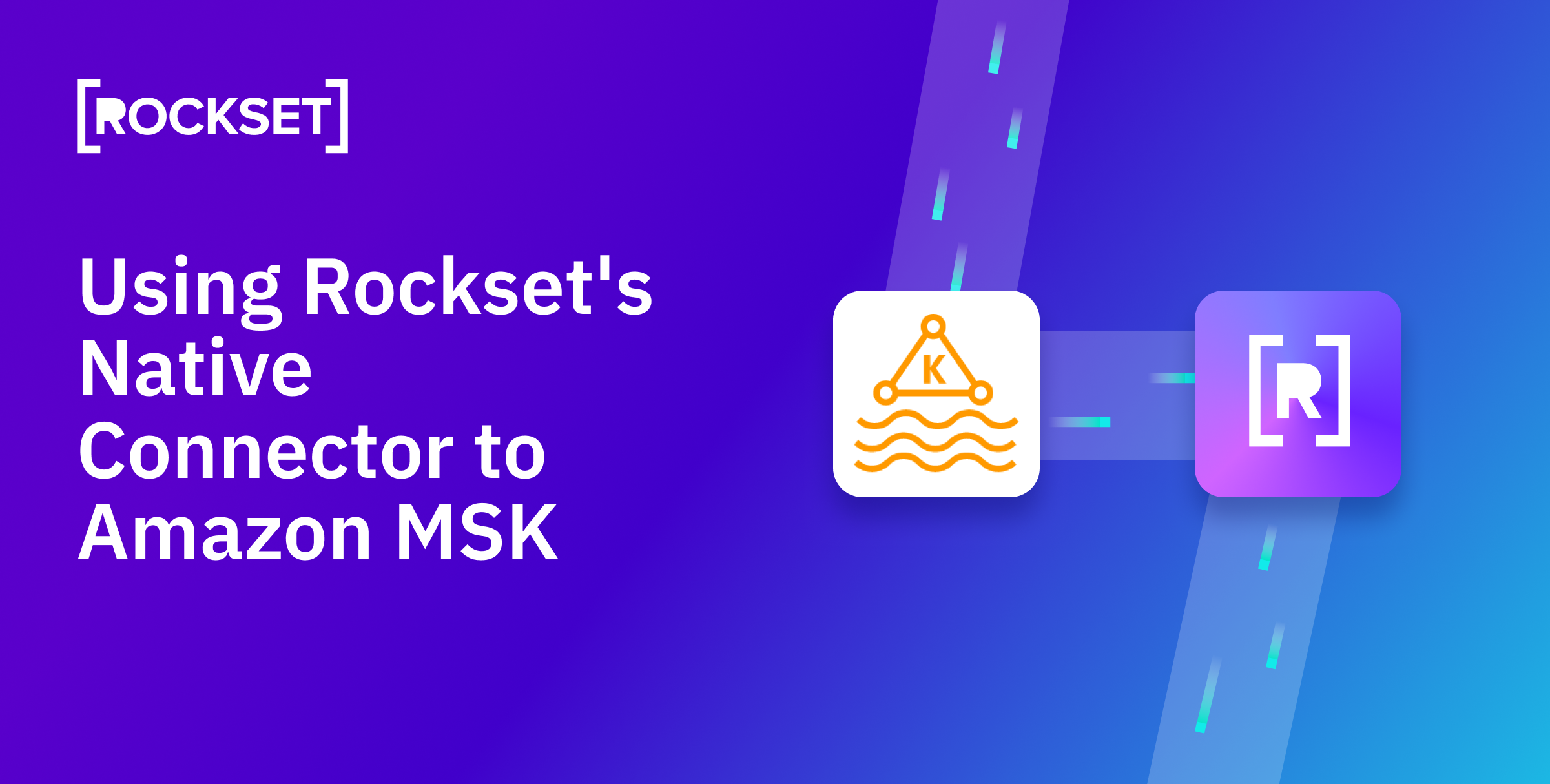 With the MSK integration, users do not need to build, deploy or operate any infrastructure components on the Kafka side. Here’s how Rockset is making it easier to ingest streaming data from MSK with this data integration:

Rockset’s Kafka integration adopts the Kafka Consumer API, which is a low-level, vanilla Java library that can be easily embedded into applications to tail data from a Kafka topic.

When you create a new collection from an Amazon MSK integration and specify one or more topics, Rockset tails those topics using the Kafka Consumer API and consumes data in real time. Rockset handles all the heavy lifting such as progress checkpointing and addressing common failure cases with the Aggregator Leaf Tailer Architecture (ALT). The consumption offsets are completely managed by Rockset, without saving any information inside a customer’s cluster. Each ingestion worker receives its own topic partition assignment and last processed offsets during the initialization from the ingestion coordinator, and then leverages the embedded consumer to fetch Kafka topic data.

As soon as event data lands in MSK, Rockset automatically indexes it for sub-second SQL queries. You can search, aggregate and join data across Kafka topics and other data sources including data in S3, MongoDB, DynamoDB, Postgres, and more. Then, simply turn the SQL query into an API to serve data in your application.

We have also load tested the new MSK integration with sample data and various load configurations, sending a max throughput of approximately 33 MB/s.

Set up the Integration

To set up an Amazon MSK Integration, first go to the integrations page on the Rockset console. Select the Amazon MSK option and click “Start” to begin creating your MSK integration and provide information for Rockset to connect to your cluster.

Provide a name for your integration along with an optional description. Create a new IAM policy and attach the policy to a new or existing IAM role to give Rockset read access to your MSK cluster. Provide the role ARN for the IAM role and the bootstrap servers URL from your MSK cluster’s dashboard.

A collection in Rockset is similar to a table in the SQL world. To create a collection, simply add in details including the Kafka topic(s) you want Rockset to consume. The starting offset enables you to backfill historical data as well as capture the latest streams.

As soon as the data is ingested, Rockset will index the data in a Converged Index for fast analytics at scale. This means you can query semi-structured, deeply nested data using SQL without needing to do any data preparation or performance tuning.

In this example, we can simply write a SQL query on the Amazon MSK data we’ve just set up the integration for, going from setup to query in a matter of minutes.

We’re excited to continue to make it easy for developers and data teams to analyze streaming data in real time. If you’re a user of Amazon MSK, it’s easier now than ever before with Rockset’s native support for MSK.